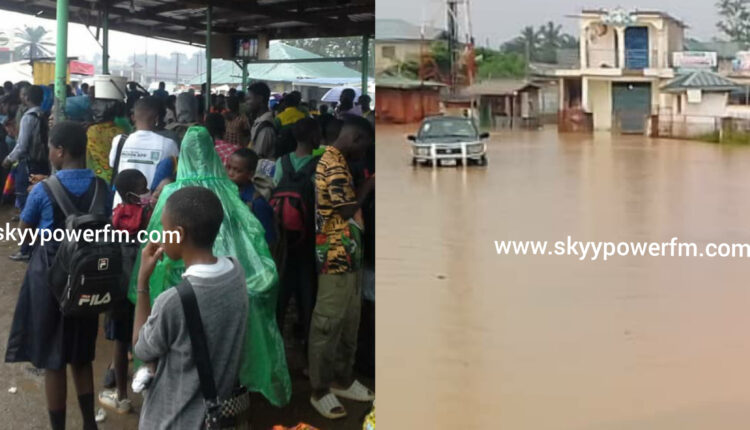 Some Parts of Sekondi-Takoradi are flooded after several hours of downpour since morning on Friday, July 16.

The rains which begun very early in the morning, poured until 6:00 pm leaving many people stranded in the city and cars at stand still.

Places like Effiakuma, Market Circle, Shippers Council, APowa and many other places in the Sekondi-Takoradi city were flooded.

Current situation at Effiakuma Number 9, the drains are full and overflowing. People heading to that direction should be careful.