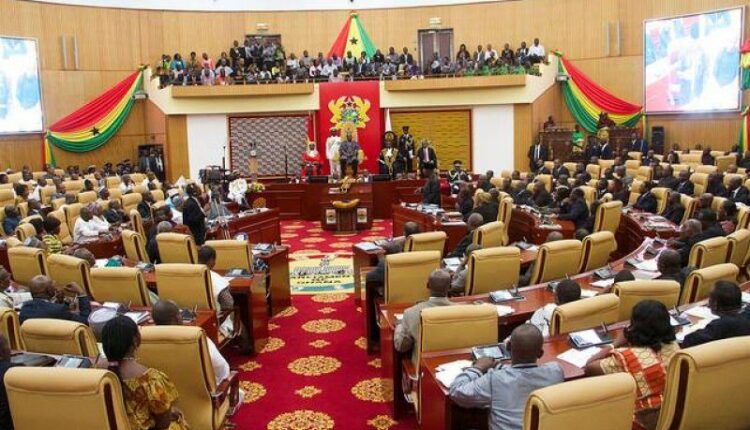 Can Ghana’s Parliament propose to the ECOWAS Parliament to carve out exceptions, qualifications or fill in the gap in the ECOWAS protocol without fundamentally changing the aim of the ECOWAS treaty?

Is it permissible to cast doubt on the ordinary meaning of the 1990 Supplementary protocol by pointing out unacceptable and absurd consequences which it often leads to?

Probably, nothing threatens the pedestrian economic activities of member countries more than the obligation under the ECOWAS Protocol relating to the right of other ECOWAS nationals to freely move to, establish in and trade within another member state.

Indeed Ghana as a prominent actor in ECOWAS must critically examine the ECOWAS protocol, for the greater good of the sub-region and propose the necessary qualification or modification in the ECOWAS Protocol in order to bring it in harmony with the aim of

cooperation and integration towards the achievement of the West African Union.

True, many interpreters take the view that, to the extent that member states are signatories to the ECOWAS treaty and its protocol, they must comply, strictly, with the ordinary or plain meaning of Article (1) on the Right of Establishment.

Article (1) of the 1990 supplementary protocol on the Right of Establishment is defined as: “The right granted to a citizen who is a national of the Member State to settle or establish in another Member state other than the State of origin and to have access to economic activities to carry out these activities as well as to set up and manage enterprises and in particular companies, under the same conditions as defined by the legislation of the host Member State for its own nation.”

In fact, there is no provision telling member states what to do, how to regulate the access of economic activity granted to ECOWAS nationals, in another member nation and what limit or quota each member country can or should have from otherECOWAS member states per year based on their national capacity.

In short, there is a gap in the supplementary protocol scheme. It is for this reason, in fact, that sub-national groupings like the Ghana National Association of Traders (GUTA) are at sea as to why their government is unable to protect their interest against the influx of foreign traders into their limited pedestrian retail economic space.

It provides that a treaty shall be interpreted in good faith in accordance with the ordinary meaning to be given to the terms of the treaty in their context and in the light of its object and purpose.

Thus, Article 1 of the 1990 Supplementary protocol mentioned above must be interpreted not only in its ordinary meaning but must also be read in “good faith” “in the context” and in light of the Ecowas treaty’s “object and purpose”.

In fact Article 31(3)b of the UN Convention on the Law of treaties adds that an interpreter shall take into account, together with the context any subsequent practice in the application of the treaty which establishes the agreement of the parties regarding its interpretation

In view of the above, the subsequent practices of member states since 1990 reveal that many member states have acted contrary to the rule of good faith in the context of promoting cooperation and integration in West Africa as contained in 31(1) and (3) United Nations Convention on the law of treaties. For example in 2019 the Nigerian government closed its land border with Benin thereby affecting the very foundations of the ECOWAS community, namely the free movement of people and goods as well as affecting Ghana’s export trade to Nigeria.

Additionally, Nigeria continues to justify its Import Prohibition Act in its Statute books.

Moreover, ECOWAS herders from Niger and Chad, who freely move to and raise their cattle across some Nigerian cities, have often been denied the right to free movement with their cattle and been accused of taking undue advantage of the protocol to fuel insecurity situations in Nigeria.

In an article published by Sahara Reporters, New York dated Feb. 11, 2021, the Governor of Benue State, Samuel Ortom, is reported to have urged President Muhammadu Buhari to push for a review of ECOWAS protocol for the movement of persons, goods and services within states in the sub-region.

In Ghana, section 27 (1) of the Ghana Investment Promotion Centre (GIPC) Act, 2013 (Act 865) prohibits foreign nationals from engaging in retail trade thereby affecting mostly ordinary Nigerian traders under the ECOWAS supplementary protocol of the right of establishment. Additionally, in an article with the caption: The right of establishment under the ECOWAS protocol published in International Journal of Law Volume 2; Issue 5; September 2016; Page No. 40-46 the authors. Michael P Okom and Dr Rose Ohiama Ugbe state that in 1995, when Cote d’Ivoire, an ECOWAS member state, experienced a dramatic

influx of millions of people including ECOWAS nationals engaged in trading and other business it resulted in anti-immigrant sentiments, causing the Government to expel foreigners including ECOWAS citizens, in 1999

Furthermore, why should Ghana’s limited retail space be exposed to Africa’s most populous nation, Nigeria, of over 211 million, larger than the ECOWAS member states of about 397.21 million people put together, without the right of tdhe Ghana Union of traders Association (GUTA) to regulate traders from other members states ?

If lawyers, doctors, and other professional bodies regulate and determine the requirement for ECOWAS professionals to move to and practice in the Ghanaian or other Ecowas jurisdiction, what prevents GUTA to also regulate and determining the requirement for Ecowas nationals to move into and trade in their market jurisdiction.? Moreover, why should Ecowas heads of government establish a protocol that

creates internal conflict and economic hardships between a host country and nationals of ECOWAS member country without providing the nationals or the sub-national groups(GUTA) their democratic right to make an input and regulate their own limited retail space?

Indeed the words: cooperation and integration envisaged in Article 3(1) of the ECOWAS treaty will be defeated if Article 1 of the 1990 supplementary protocol is given an ordinary meaning. Even if it is alleged that the 1990 supplementary protocol on the right of establishment is in harmony with the aim of cooperation and integration envisaged as stipulated in Article 3(1) of the ECOWAS Treaty which, is not admitted but denied, a persuasive case can be made that a protocol that

causes internal conflict, insecurity and economic hardship in ECOWAS member states is an excellent example of a protocol that is contrary to the continental objective of the principle of non interference by any member states in the internal affairs of another contained in Article 4(g) of the Constitutive Act of the African Union.

In view of the above, in reading the case law, the Vienna Convention or the United Nations law of treaties, the ECOWAS Treaty and its Supplementary protocols, in their grammatical and ordinary meaning, in their contextual and entire meaning, its objects and purpose as well as intention of the ECOWAS Parliament, the proper question is: to what extent shall we modify or qualify the right to freely move into, establish in, and trade within ecowas member states that is in harmony and in conformity with Article 3(1) of the ECOWAS Treaty?

PROPOSED QUALIFICATION TO THE 1990 SUPPLEMENTARY PROTOCOL

The right to free movement and to establish in other member states must not be characterised by internal conflicts and economic hardship in other ECOWAS member states. It will be self defeating. The right to free movement and the right to establish, must by stages, embody peace and harmony towards the attainment of cooperation and integration of ECOWAS member states Accordingly to qualify the supplementary protocol we take our strength from among others the 1982 supreme court of Canada case of R v Paul (1982) S.C.J 32, 1 S.C.R 621 at page 662(S.C.C) when the chief, Justice

Lamer J, as he then was, stated these salient words

Where the language of a statute, in its ordinary and grammatical construction, leads to manifest contradiction of the apparent purpose of the enactment, or to some inconvenience or absurdity which can hardly have been intended, a construction may be put upon it which modifies the meaning of the words and even the structure of the sentence. This may be done by departing from the rules of grammar, by giving an unusual meaning to particular words, or by rejecting them altogether, on the grounds that the legislature could not possibly have intended what it words signify

“No unconstitutional or unlawful act, no matter the number of times it has been perpetrated without question or challenge, can ripen into constitutional or lawful practice, procedure or precedent”

Indeed, we have shown that the proposed revised supplementary protocol is in substance, in harmony with the ECOWAS Treaty. This proposal, if accepted through Parliament and amended accordingly, will serve the ECOWAS AUTHORITY to avert the agitation brewing in Ghana, Nigeria and other ECOWAS member states.