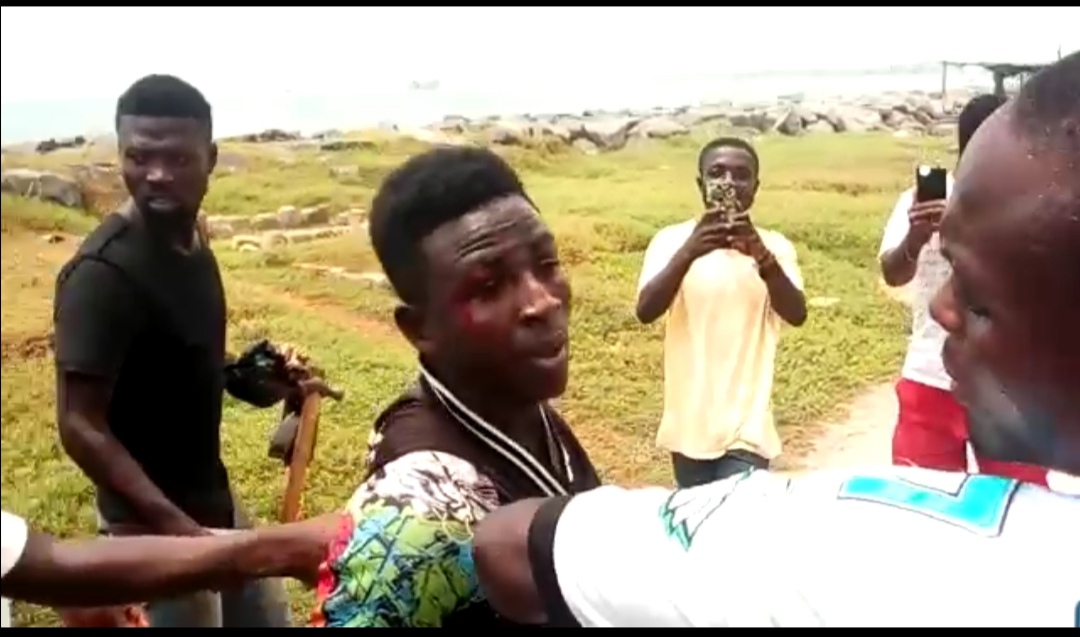 For the suspicion and bravado of young Leonard Lamptey, and with the support of some vigilante group in Sekondi, two suspected criminals who were trading human remains, were arrested and detained by the Police.

They were spotted in Asamansidu, a suburb of Sekondi, with a human skull in a sack.

According to Lamptey, he was approached by these suspected criminals at his residence in Asamansidu “asking if he has some human parts for sale”.

“I couldn’t believe what they asked me. I answered negative. But my conscience begun questioning me… What do they have in the sack?” he told Skyy News’ Nana Yaw Kumi.

He said, some young men at the neighborhood were quickly mobilised to restrain the suspect’s.

“Only to see human skull wrapped in a white cloth” he said with fright. 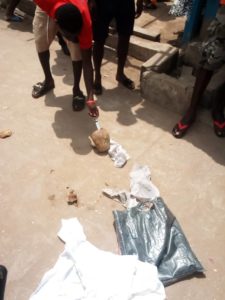 They [suspects] were then rushed to the Sekondi Divisional Police for interrogation. 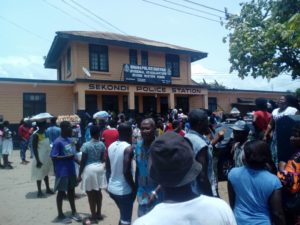 Checks at the Sekondi Divisional Police Station indicate the skull was exhumed at a cemetery at Asanda in the Ellembelle district.

It is believed they intended to use these human remains for rituals.