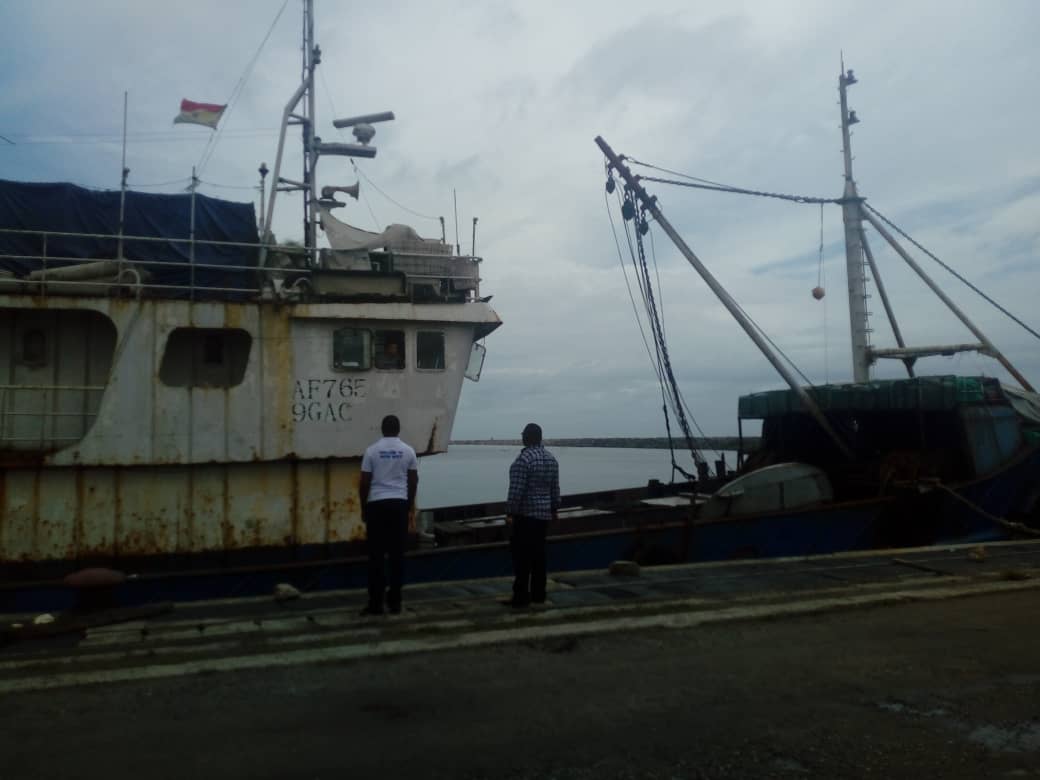 Sekondi: a fishing vessel fined 1 million US dollars for engaging in IUU

A Tema-based Ghanaian fishing company, Gyenam Fisheries Limited has been fined one million US Dollars (US $1 million) by the Fisheries Commission for breaching the fishing laws.

A fishing vessel belonging to the company was arrested in June this year by the Western Naval command on suspicion of illegal fishing whiles heading towards the territorial waters of Cote d’Ivoire. On board the vessel were five (5) Chinese and twenty-two (22) Ghanaians, 405 cartons, and 864 slabs of frozen mixed small pelagic fish and an undersized mesh with mesh sizes of less than the approved 60mm which are contrary to the fishing regulations.

At a joint  Press briefing at the Western Naval Command yesterday, the Western Regional Director of Fisheries Commission, Mr. Godfrey Baidoo-Tsibu said Counsel for the company pleaded guilty to  the charges of Illegal, Unreported, and Unregulated (IUU) fishing, and agreed an out of court settlement. According to him, by accepting to have committed the infractions, the Fishing Regulations section 166 of Act 625 had to be effected – which meant a fine had to be slapped on them, hence the one million dollars fine. He added that the company is to effect full payment within 30 days, including additional fine of one hundred and twenty-four thousand Ghana cedi (GH 124,000.00 cedi) for the fish on board the vessel at the time of the arrest.

He revealed that the vessel has currently been detained awaiting payment from the company, and failure to do that will warrant a court action.

For his part, the Director of Marine Police, ACP Iddi Seidu, who led the investigations, said the agencies responsible for law and order are on a high seas and our territorial boarders are on high alert and will deal with people who are not in line with the fishing regulations.