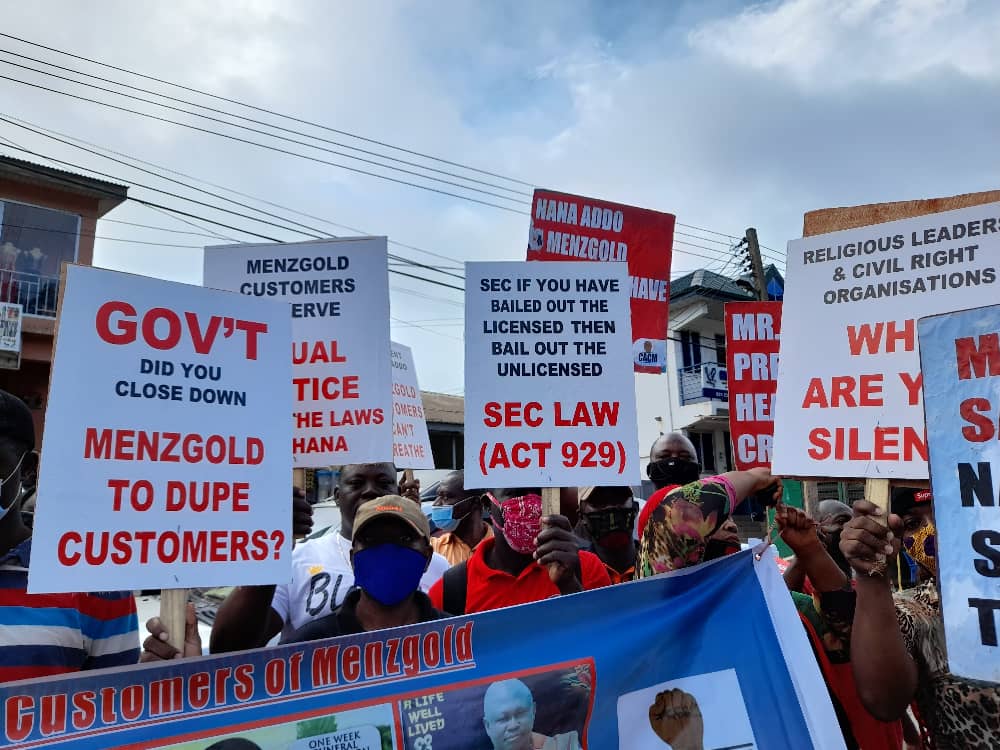 Scores of aggrieved Customers of Menzgold demonstrate in Tarkwa, calls for a bailout

The Coalition of Aggrieved Customers of Menzgold (CACM) are demonstrating against the government for paying a deafen ear to their concerns despite the repeated request for a bailout. The group this morning hit the street of Tarkwa of the Tarkwa Nsuaem Municipality to register their displeasure at government for what they say is discriminatory on the part of Security and Exchange Commission, to pay off locked up funds for only licensed fund management entities.

National Chairman for CACM, Isaac Nyarko argues that the law is explicit on their condition, “Act 929 gives an indication of the regulators responsibility owed us.”

He mentioned that unlicensed fund management companies [as in the case of MENZGOLD] are to be included in a bailout under such circumstances.

“…Menzgold Customers have a good case and that we need to be bailed out. Once the law makes it clearly that those who are unlicensed and SEC has satisfactorily admitted that they need to regulate them, those people also fall under SEC controls. And once SEC has directed Menzgold to pay us and collapsed it, SEC is not being fair to us.”

They held these placards to press home their demand for a relief. They also demand that government lifts the veil on Metalica Refinery, claiming it’s ownership are no different from Menzgold.

Some of the inscriptions on the placards read; 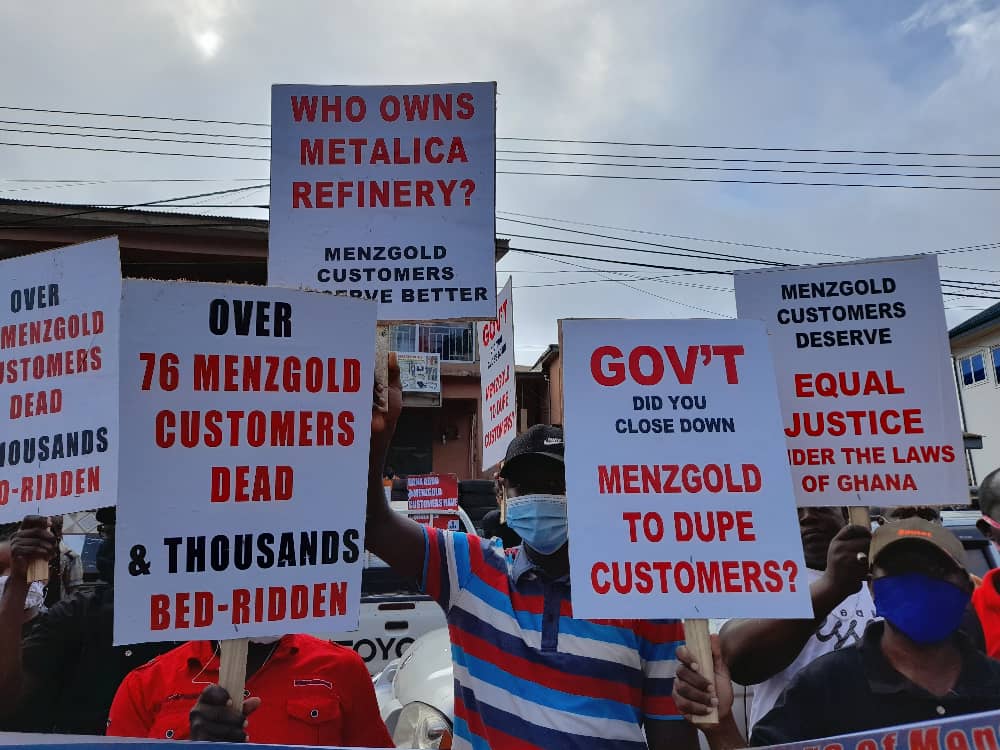