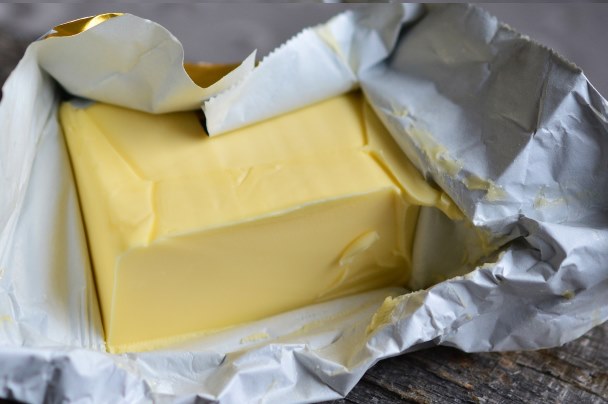 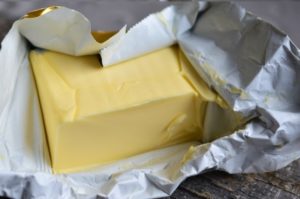 Butter has gotten a lot of flak because of its saturated fat content. Many people assume that because of its saturated fat content it could cause skyrocketing cholesterol levels, clogged arteries and heart attack. Heart disease is the world’s leading cause of death. Around the end of 1970’s, nutrition professionals decided that foods high in saturated fat like butter were to blame for heart disease. However scientific studies found that butter from grass-fed cows is good for your heart.

The reason butter was demonized by nutrition professionals is because it is high in saturated fat.

However, the saturated fat content in butter is really not a cause for concern.

Medical studies showed that there is no significant evidence for concluding that dietary saturated fat is associated with an increased risk of heart disease.

A review of medical studies didn’t find any correlation between consumption of saturated fat (in general) and heart disease.

In fact, consumption of saturated fats can increase levels of HDL (good cholesterol), which is associated with a lower risk of heart disease.

Consumption of saturated fats can also change the LDL from small, dense (bad) to Large LDL – which is not associated with heart disease.

As you can see the myth about saturated fat causing heart disease has been proven wrong by medical studies. There is no reason to avoid butter because of its saturated fat content.

One of the fatty acid in butter is called conjugated linoleic acid (CLA). Many people use CLA as weight loss supplement, and medical studies show that it can be extremely beneficial for your health.

There are two main forms of vitamin K:

The Journal of Nutrition published a study about the effects of Vitamin K2 on heart disease. This study followed 4807 individuals for 7-10 years. At baseline, the group had no cases of heart attack. Participants in the study who consumed the largest amount of vitamin K2 had significant lower risk of death from heart disease, lower risk of death from all-causes, and lower incidence of severe calcification in the aorta.

Another study involved 562 post-menopausal women. 62% of the women had evidence of coronary calcification. However women with the highest intake of vitamin K2 had significantly decreased calcification of the coronary arteries.

The above studies showed that vitamin K2 is an important nutrients for heart health, so the advice to avoid grass fed butter and eggs may actually increase your risk of heart disease.

As you can see, eating butter from grass-fed cows is good for your heart because of its omega-3 fatty acids.

In countries where cows are mainly grass-fed, people who eat high fat dairy products tend to have a drastically reduced risk of heart disease.

According to the study, participants who consumed the most high-fat dairy products had a 69% lower risk of death from cardiovascular disease, compared to those who ate the least.

Several studies in European countries, where cows are mainly grass-fed, have shown that consumption of high fat dairy products is linked to reduced risk of  heart disease and strokes.

Related: Proven Heart Healthy Foods to Include in Your Diet

Despite having a bad publicity in the past, the evidence shows that butter from grass fed cows can be beneficial.

But it does NOT mean that you should eat a LOT of butter. Butter is high in calories and over consumption of butter can cause weight gain.

Use butter from grass fed cows for baking or cooking in reasonable amount, but don’t use tons of butter just because you expect it will improve your health.

You also need to make sure you are aware of the signs of heart attack as this can save your life. Here are the most common sings of heart attack (some of them may appear a month before it happens).

Warning signs of a heart attack can be misdiagnosed as heartburn, muscle soreness, flu, and other non-cardiac causes. The higher your risk the more likely those signs mean something is going wrong with your heart. And you should take those signs very seriously. The quicker you end up in the hospital the more chance you have to pull through.

Takoradi Sub-metro to issue a roster for preachers

4 Tips to Connect Emotionally with Your Man