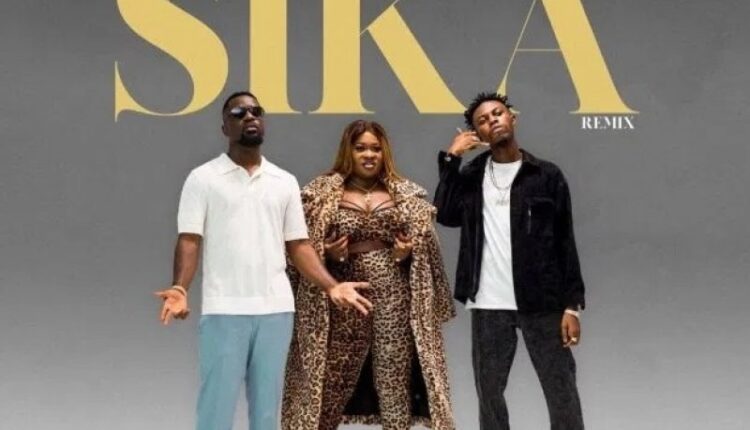 Award-winning Ghanaian rapper Sarkodie has been featured on the remix of Sista Afia’s ‘Sika’ hit single.

The original version of the song featured rising music sensation Kweku Flick, was the first hip-hop track by the versatile singer, which made waves across the country.

Sarkodie known for his ruthless rap vibes, once again dazzled on the remix version of the track which was released on Friday.

The video directed by Yaw Skyface, is of high value considering its intriguing cinematography and would certainly be contender for the video of the year.

The new single is readily available across various music digital platforms and music lovers can go out there and enjoy this banger.

Sista Afia is expected to release her second album later in the year featuring some top international artistes.