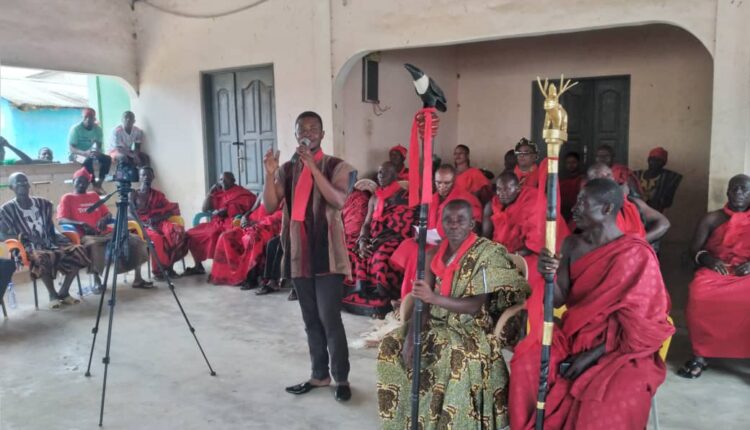 The Sankor to Cape Three Points Traditional Council has expressed its displeasure with regard to the construction of a road network along the Sankor-Cape Three Point stretch.

The 25Km road which serves over 20 communities with a vast cultivated land of rubber, cocoa, oil palm and many others has been abandoned for a long time even after promises from the government to fix it.

Speaking at a press conference on Wednesday, the Gyasehene of Lower Dixcove Traditional area, Nana Bediako III stressed the economic importance of the stretch and how it affects the transportation of cash crops to neighbouring towns like the Ahanta West Capital, Agona Nkwanta and its environs.

He also mentioned that the transportation of important resources such as rubber, oil palm, cocoa and coconut becomes impossible during the rainy seasons as the road becomes completely unmotorable.

He further said they were told by the government that the road has been awarded to 5 different contractors yet they have only seen two contractors on the road from Cape Three Points doing re-gravelling, so they are asking where the remaining three contractors are.

Nana Bediako III also wanted to inquire from the president, Nana Addo Dankwah Akufo-Addo and the Western Regional Minister, Hon Kwabena Okyere Darko whether the construction of Sankor to Cape Three Point stretch is a form of political deception or a reality.

He called on the government to do the needful and fulfil its promise by fixing the road now.