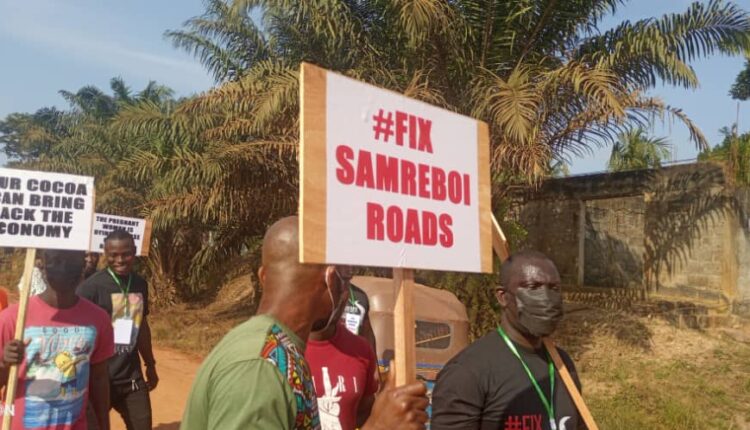 The Youth of Samreboi on Friday, August 5, embarked on a demonstration on the deplorable state of roads in the area.

They had initially served notice that they will demonstrate if their call on authorities fail to fix at least some of the major roads in the area.

Placards with an inscription, fix our roads now, we have been denied good roads by the NPP and NDC for far too long.

Mr President, please fix our roads for us were displayed by the youth on the principal streets of Sameraboi.

Public Relations Officer (PRO) for the youth group, Tweneboah Godwin speaking in an interview with the media said they cannot continue to endure the pain they go through on roads in the area adding that almost all the roads in the area are bad.

He said several promises have been given to them by authorities, but none has yielded any results.

They said the area is one of the major producers of Cocoa that contributes to the GDP of the country but authorities have failed to develop the area.