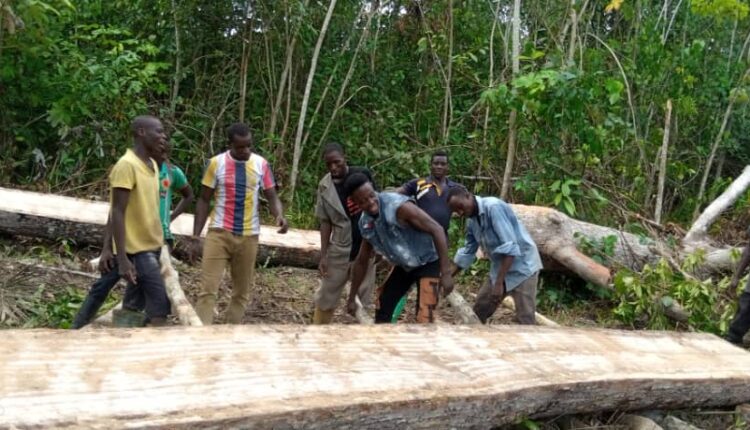 Wassa Berekum bridge that collapsed last week in the Wassa Amenfi West Municipality has been fixed by the people in the area.

The people of the Woman No Good electoral area took it upon themselves to fix the bridge after their pleas to the Municipal Assembly fell on deaf ears.

According to reports, the important bridge that links the community to several other communities has collapsed for some time and upon several reports to the Municipal Assembly, they did not see any positive response in fixing their bridge.

Community members indicated they reported the incident to the Municipal Chief Executive (MCE) and other important people but it seems their problem is of no importance to them.

The community members mobilised with the help of the chief of the community, Nana Agyeinim Boateng I, to work on fixing their own bridge with no help from the local government.

According to reports, they used manpower to move rocks and some pieces of wood in completing the project.