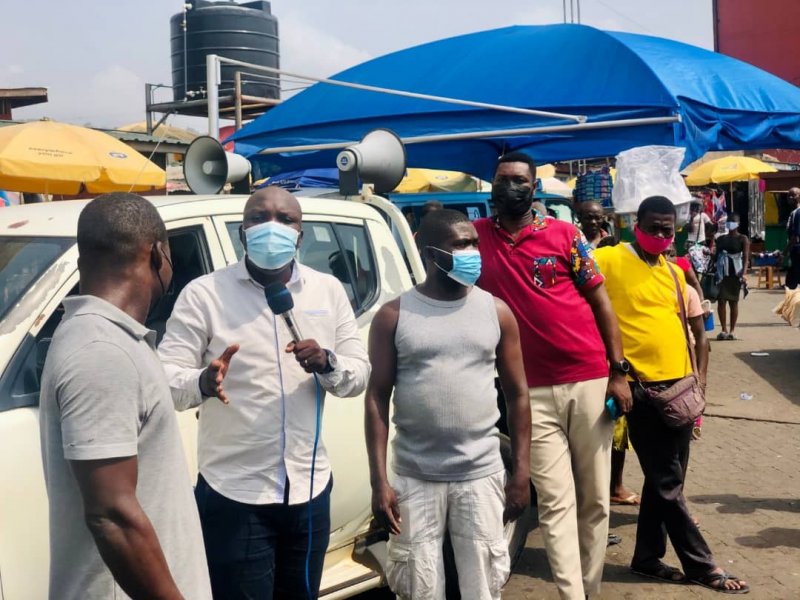 Residents of Ho Municipality have expressed resentment about the deployment of the COVID-19 vaccines that arrived in the country for fear of side effects and conspiracy theories of depopulating the black race.

They raised religious concerns and the possibility of the vaccine altering their DNA (deoxyribonucleic acid) among others. 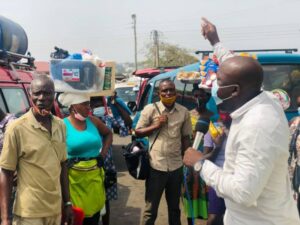 Mr Setriakor Gagakuma, Ho Municipal Officer, National Commission for Civic Education (NCCE) embarked on a campaign to demystify the conspiracy theories built against the COVID-19 vaccine.
The campaign took place at the main central market, the various lorry stations and some communities.
He explained to the various audiences that the conspiracies were untrue and when stretched on the tape of empirical and scientific truths would not stand the test of time.
The Municipal Director after allaying the fears of the populace, encouraged the groups not to be wary of adhering to the safety protocols saying “it’s our best bet till a permanent cure is formulated for the disease.”
He said in spite of the arrival of the vaccines, the best remedy still stood in the name of masking and social distancing as any reckless lifestyle could jeopardise the efforts at curbing the spread of the virus.
Professor Fred Newton Binka, Epidemiologist and Public Health Physician said the theories were not based on empirical facts and should be debunked.
He explained that the vaccines could not alter DNAs saying the vaccines communicated with the immune cells to produce proteins to attack the virus and also to kill them.
The former Vice Chancellor of the University of Health and Allied Sciences (UHAS) said side effects were the same as other vaccines children take, pain and swelling at the site, headache and nausea, diarrhoea, weakness of the body, which sometimes lasted for a maximum three days, were normal features.
“As for the sterility issue, it is unthinkable nonsense.”
The Government of Ghana took delivery of 600,000 AstraZeneca doses of COVID-19 vaccines and set to deploy the doses to health facilities and designated centres from March 2 for vaccination.
SOURCE: GNA