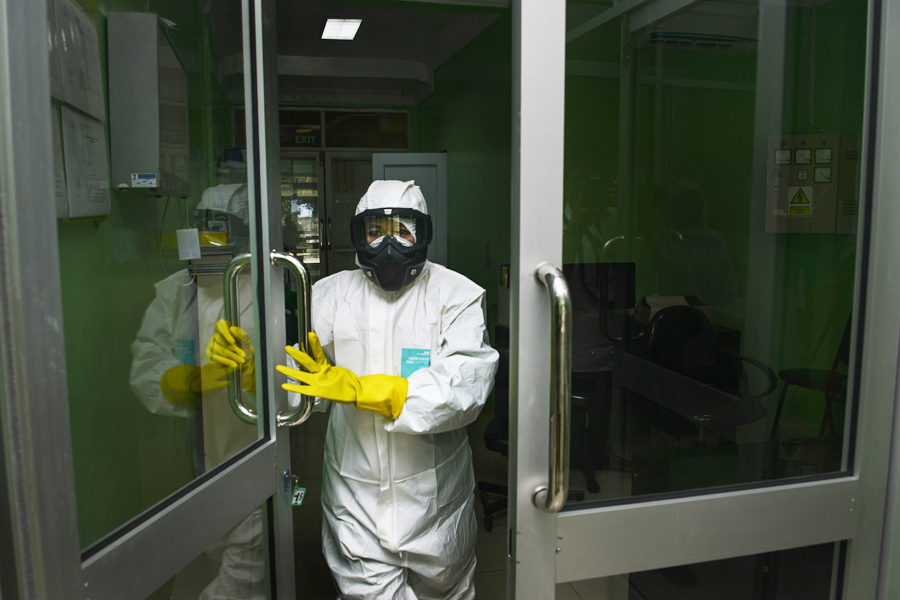 What could have been a moment of relief for the quarantined fishermen, turned into a sad tale, as they had to walk distance away from the facility they were quarantined, only to board a vehicle to their homes.

One of the fishermen who spoke exclusively to Skyy News’ Abraham Mensah said “we were fortunate to have some few change in our pockets to pay for the fare, else we would have walked miles to Sekondi”

“We expected to have been provided some means of transport to our homes. This is irresponsible. Why hold us against our rights and just release us like goats after all these days of distress?”, he cried.

He disclosed that they were quarantined in a facility in the Shama District of the Western Region.

According to him, the district COVID-19 Response Team came to take samples three days prior to their release.

The fishermen numbering six, completed their 14 day quarantine period last Friday. They were suspected to have contracted the novel coronavirus, since they returned from neighbouring Ivory Coast after weeks of fishing in their waters and also undertaking some trade in local community along the Ivorian coast.

Their experience of being quarantined have since  been met with undesirable treatment by authorities. Their initial holding area in Sekondi, was an eye sore. It took the media to get them relocated after news broke about their plight.

But that didn’t end there. In one of their accounts of how they were being treated, one said; “we had to wait till 4pm each day after taking beverage in the morning, before we are served a good meal”