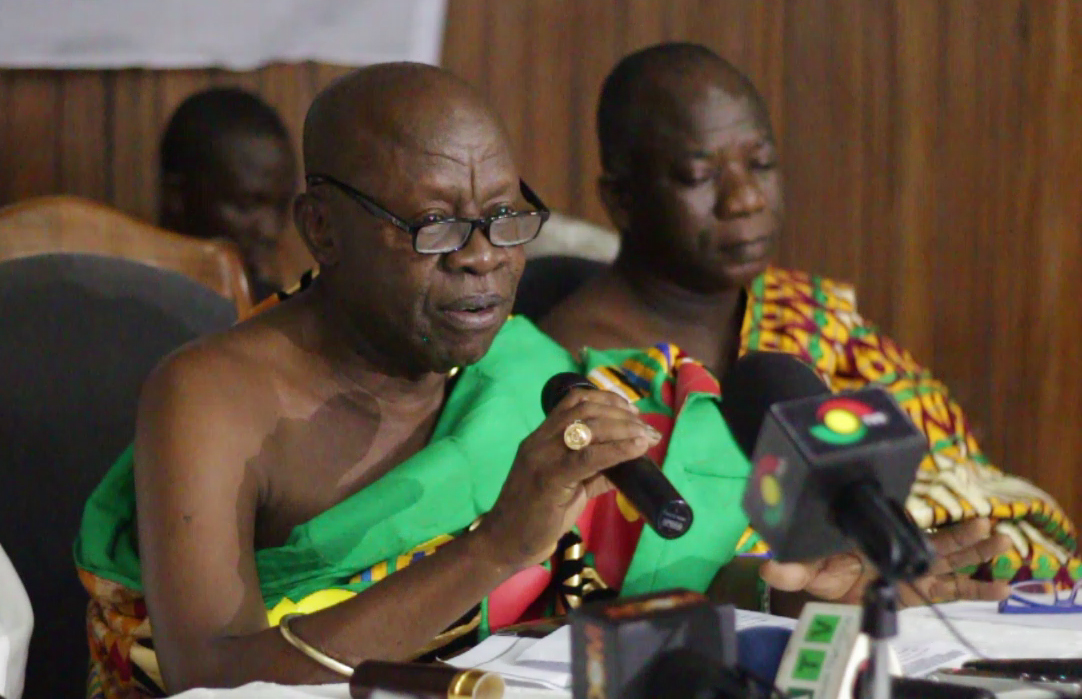 The Western Region House of Chiefs is demanding the reinstatement of Ogyeahoho Yaw Gyebi II, Paramount Chief for Sefwi-Anhwianso traditional area, as the Chair of the Governance and Development Committee of the National House of Chiefs.

The Western Region House of Chiefs (WRHC) scorned that the removal of the embattled chief, is ‘an affront to the customary integrity of the Chieftancy Institution and natural justice’.

Sections of the statement read;

Taking cognizance of the person and role Ogyeahoho Yaw Gyebi II plays in both national, regional and traditional development, and the ‘Directive Principle of State Policy which forms the 6th Chapter of the 1992 Constitution’, the Standing Committee of the WRHC prayed that the President and the Standing Committee of the NHC rescind the removal of the Ogyeahoho Yaw Gyebi II, and restore him to his former status.

The National House of Chiefs (NHC) removed the Omanhene of the Sefwi-Anhwianso Traditional Area, Ogyeahohor Yaw Gyebi II as the chairman of the Governance and Development Committee of the House, on Thursday 12 December, 2019.

The Standing Committee of the NHC accused Ogyeahohor Yaw Gyebi II, of making some public statements that criticised a unanimous decision taken by the House. Recounting the processes that led to the issuance of a statement by the National House of Chiefs (NHC) on why partisan politics should be rejected at local level elections and the subsequent public pronouncements by Ogyeahohor Yaw Gyebi II in disagreement with the position of the House, the President of the NHC, the Agbogbomefia – Togbe Afede XIV said the reactions by Ogyeahohor Yaw Gyebi, who is also the President of the Western Regional House of Chiefs was unfortunate, misleading and mostly untrue.