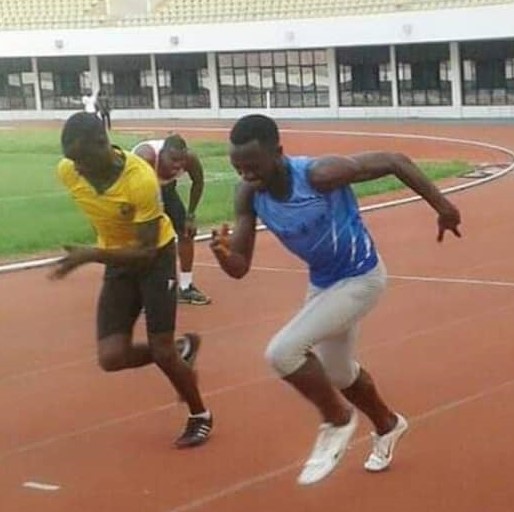 On the show, Rashid Abubakar a former student of T.T.I. and one of the greatest sprinters the region has produced took his audience to the memory lane, recapturing the nostalgia of  the days he commanded the tracks in the the whole region.

“I ran with Saani (Bompeh Snr High), Paul Nuamah (Tadisco), Addo King (St Mary’s) and one other guy from Westech, and I remember that at one of the Inter-Co Competitions,  the guy from Westech tried some antics just to put fear in me buy delaying start on the blocks; when he delayed start for the third time, I went straight to him and told him that jack, you can’t put fear into a Zongo boy, I will beat you in this race, and 60metres into the race, I started walking because all the other competitors were way behind me” Rashid recounted

Rashid Abubakar was known for his astonishing bullet-start technique at the gun, his electronic-sensor-strides, and how his coiled upper body catapulted him away to the finishing line, very beautiful.

“My best time in 100m is 10.45sec and I knew I could have done better if I were a bit serious with my training and attitude, he concluded.