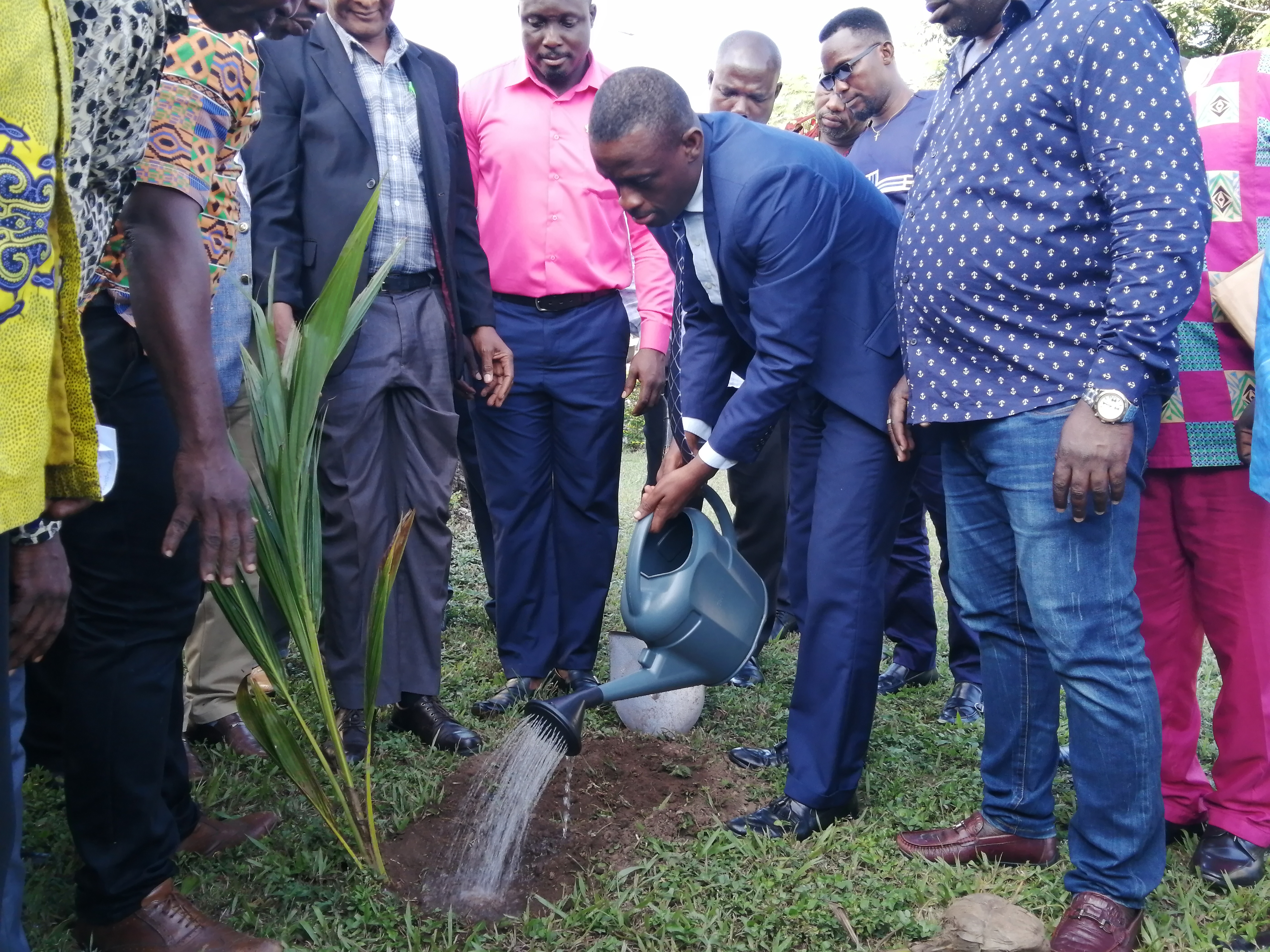 The Western Region Coordinating Council has launched one of the country’s most ambitious socio-economic project for local farmers. The project which is an initiative of the Regional Minister, Dr Kwabena Okyere Darko Mensah, is aimed at raising five million coconut seedlings for local out-growers as a means of economic empowerment.

The project is also being considered under government’s flagship programme; Planting for Export and Rural Development.

In pursuant to this initiative, four nursery sites located in Amponsaso of the Wassa East District, Ellembele of the  Ellembele District, Shama of the Shama District, and Jomoro of the Jomoro District, have been established to raise the five million coconut seedlings. These seedlings would be monitored and tendered by officers of the Ministry of Food and Agriculture in a collaboration with the Federation of Coconut Ghana and the Coconut Farmers Association, Ghana.

Dr Kwabena Okyere Darko Mensah estimated that the project when successful would yield about 400 million dollars in export per year for the Ghanaian economy.

“We believe that in the next three years, every year, we should be able to raise about 400 million dollars into the local economy of the Western Region.

“…we will be able to support our farmers with enough seedlings and a make coconut a part of the economy of the Western Region. As you are aware, for every forty-five minutes, a truck of coconut leaves for the Nigeria market, and just imagine the amount included in the American and other European markets” he said.

To symbolise the commitment of the Regional Minister, Metropolitan Municipal and District Chief Executives and other agencies responsible, fifty coconut seedlings were planted at the Regional Coordinating Council.

President of the Coconut Farmers Association and Chair of the Coconut Federation Ghana, Patrick Ndabiah said the initiative is timely. He recounted that farmers over the past decade have lost their coconut plantations to diseases, and thus has cost their livelihood.

He mentioned that about 3,500 farmers have been registered in the so far for the project in the region. Mr Ndabiah continued that the support given farmers must be comprehensive such that the export of the farm produce would be sustained.