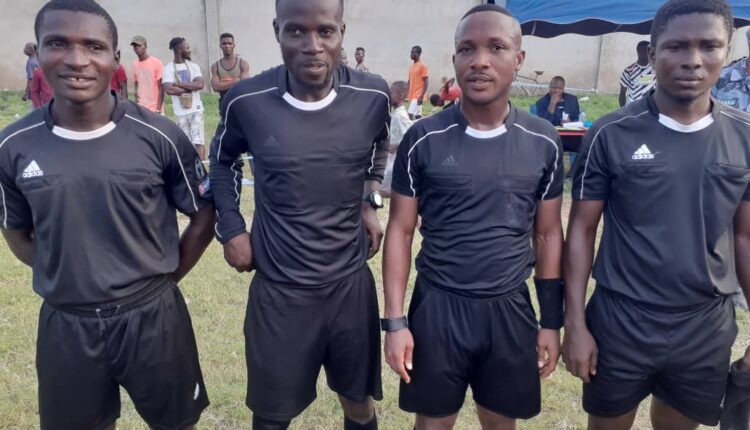 Refereeing in Ghana football is always at the talking point and it has always been in recent times.

Bad scenes, severe beatings and fanatic displeasure are scenes in our game. It is very rare and not many especially in Ghana, where fans applauds referees after games but George Vormawor, and his powerful assistants did the unthinkable as they were applauded by fans across two townships in Aboadze and Abuesi in the Shama District.

Fans of both teams applauded the officials for their wonderful feat in the game involving Golden Legs of Abuesi versus Aboadze VRA, a 2nd Divisional game in the Shama District.

Their fans were vociferous as it always a game that draws attention in the district with it the biggest rivalry in the area. The center referee was George Vormawor, and his assistants Frederick Danful, David Agyemang Parker and Samuel Quantson were utterly super and truly deserved the applause.