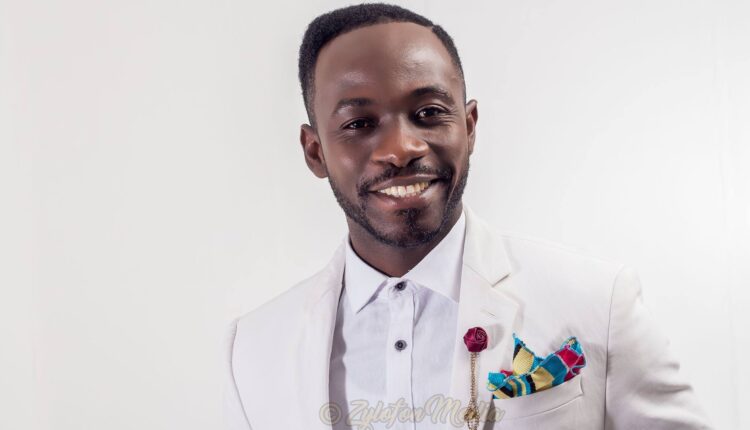 Although he has made enviable gains rapping in his local dialect—Twi, Okyeame Kwame (popularly known as the Rap Dacta) has admitted his brand would have had a bigger appeal and influence if he had plied his trade in the English language.

He quickly mentioned, however, that he had no regrets sticking to his mother tongue as a mode of communication even though it limited his audience and has, therefore, encouraged upcoming artists to take another look at rapping in English.

The 2009 VGMA Artiste of the Year, who spoke with Graphic Showbiz on how Ghanaian artists could break barriers, explained that language was a significant means to push the agenda.

“Popular as Okyeame Kwame has become if I’m able to deliver rap lines in English, coupled with the culture, tone and style, I know it will have a much bigger appreciation and appeal. If I deny this, then I’m not being truthful.

“However, the success of rapping in English doesn’t happen in a vacuum. I’m saying this because rappers are poets and must be creative with their words.

“My explanation is technical but the simplest form I can make people understand my point is that with rap, the artist is considered the figure and he/she must be able to communicate in a language that people understand.

“As a creative rapper, no matter how well-crafted my lines are, they will mean nothing when I perform to a US or UK audience. This is because they will not understand the Twi language and will not appreciate my craft, which is very key for a rapper,” he said.

The conversation about Ghanaian music breaking grounds gained momentum in the last few weeks following Black Sherif’s global hit with Kwaku The Traveller, which was officially released on Wednesday, March 30, 2022.

Okyeame Kwame, however,said he believed the global feat of a rapper and that of a singer were different.

“As I said earlier, a Ghanaian rapper who wants to make worldwide gains will certainly need to infuse the English language in his works but the singer may not need that.

Why do I say this? We have the likes of Salif Keita and Angelique Kidjo who are globally successful but don’t sing in their local languages.

Singers give a certain rhythmic effect which is understood by the mind because music is already universal.

“Singers elicit response through their emotions that listeners connect to so I don’t necessarily have to understand what Salif Keita or Angelique Kidjo is singing.

“I can just connect to the voice and emotions on display, but the rapper doesn’t have that luxury since his craft has to be appreciated by the words and what he is communicating as a poet and not emotions, voice or rhythm,” he said.

Okyeame Kwame’s assertions may perhaps be well interpreted by the barriers that Black Sherif’s Kwaku The Traveller is breaking.

Even though Black Sherif’s First and Second Sermons which were released last year made local hits, Kwaku The Traveller has been more popular.

In the first week of its release, the song placed number 55 on Apple Music’s Top 100 songs globally and streamed a million times on Boomplay and Audiomack separately, a feat that many attribute to him rapping in English.

Even though Okyeame Kwame buys into that, he also pointed out that as an up-and-coming artiste, Black Sherif enjoyed international exposure through his collaboration with Nigeria’s Burna Boy.

Nonetheless, he said he was confident that Black Sherif’s talent, especially his unique voice, had been great asset that had contributed to his quick rise.

“As an up-and-coming artiste, many people will always watch out for what he has but you can’t deny that Black Sheriff has a unique voice that sets him apart from many rappers,” he added.