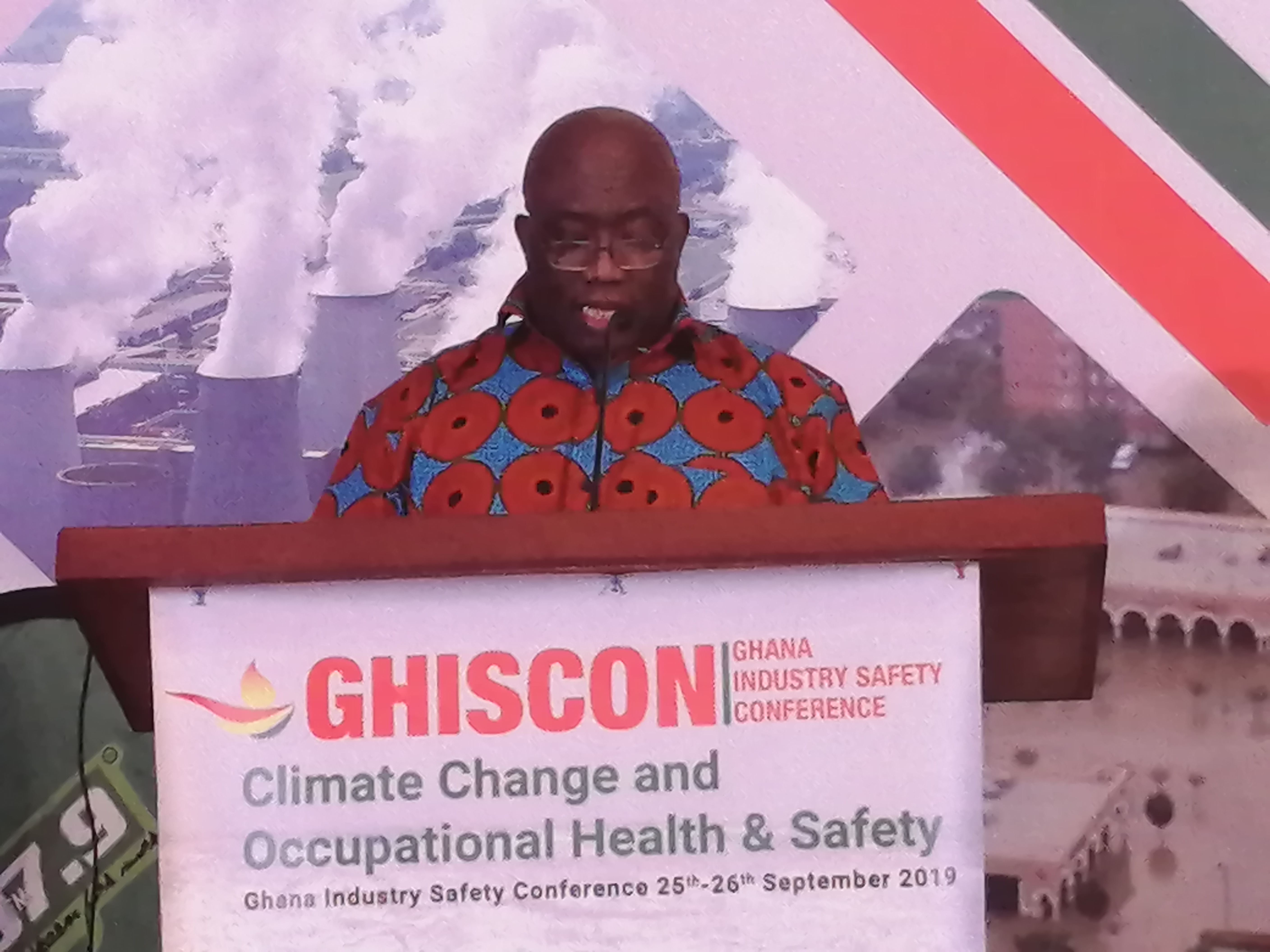 The realities of the devastating impact of climate change has triggered a global consciousness towards innovative, advanced and environmental technologies. A causal and exacerbating factor to global warming has been carbon emissions; from exhaust of vehicles, plants and other machineries.

Taking cognisance of the threatening nature of climate change, Ghana’s Minister for Railway Development, Joe Ghartey says the revitalisation of the railway sector would significantly reduce carbon emissions in the country, and the world at large.
Carbon emissions are very pervasive in urban settlements; most of which are due to the huge automobile traffic.

At a Ghana Industry and Safety Conference organised by the Sekondi Takoradi Chamber of Commerce and Industry (STCCI) on the theme ” Climate Change and Occupational Health and Safety”, Mr Joe Ghartey resolved that government in a more responsive approach has introduced technologies in the railway sector to cut down the gaseous emissions, and with a focus on mass urban transportation and freight via rail.

“My ministry on it’s part is pursuing the revamping of the railway network and seeking to employ new technologies which do not have the negative impact on the environment.

“We cannot be denied that the development and patronage of the rail transport will reduce the amount of green house gases emitted into the atmosphere. Rail transport is therefore a more environmental friendly as compared to other modes of transport” he emohazed.

Mr Ghartey hinted that the ministry has planned of anchoring the rail transport development on electricity, in the future, to cut down gaseous emissions.

He demonstrated that the ministry has through its academic and skill training agenda with the establishment of the Railway University, in partnership with the University of Mines and Technology, Tarkwa (UMaT) incorporated modules that emphasize on Environmental and Safety Engineering, and Occupational Health and Safety.

He said these modules would better prepare the current generation to identify and mitigate the effects of climate change, health and safety issues in the country and the world at large.