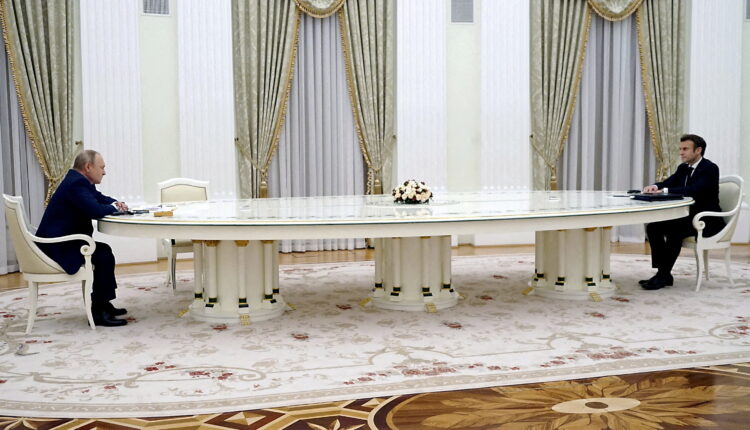 “I sincerely wish you success in governance, firm health and well-being,” read the telegram, which the Kremlin posted on its official website on Monday. Usually, such congratulations are more detailed and include wishes for the further development of bilateral relations.

The relationship between Russia and the EU has been severely strained following the war on Ukraine launched by Putin. Macron has repeatedly tried – unsuccessfully – to act as a mediator in the conflict but has strongly condemned the attack and supported Western sanctions on Russia.

On Sunday, Macron won the run-off election against his far-right challenger Marine Le Pen. During the election campaign, he had repeatedly accused Le Pen of being the Kremlin’s candidate and of having accepted loans from Russian donors for her party.

During the election campaign, Le Pen’s party, National Rally, had printed leaflets showing her next to Putin.