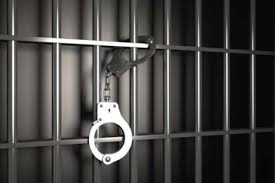 A 28 year-old purchasing clerk, who allegedly squandered an amount of GH¢23,000.00 entrusted to him by his employer to purchase 35 bags of dried cocoa beans has been granted an GH¢18,000.00 bail with two sureties to be justified.

The accused person, Patrick Amoako pleaded not and appeared before the Enchi Magistrate Court, will re-appear before court on Friday March 12, 2021.
Prosecuting, Police Detective Inspector Joseph Kwadwo Agyare told the court presided over by Mr Eric Baah Boateng that, the complainant was the District manager of AGROECOM Ghana Limited at Enchi in the Aowin Municipality where the accused worked as a purchasing clerk.
He said during the 2020-2021 cocoa season, the accused expressed interest to purchase dried cocoa beans for his employer and collected various sums of money.
The Prosecution said after Amoako received the cash, he failed to account for GH¢23,000.00 which is equivalent to 35 bags of dried cocoa beans.
Inspector Agyare said the complainant made several attempts to retrieve the cash or dried cocoa beans but to no avail.
He said the complainant later reported the matter to the Police after all attempts to recover the monies failed.
Mr Agyare said the accused was arrested and in his cautioned statement he alleged he gave part of the money to some of his purchasing colleagues to buy the dried cocoa beans to enable him hand them over to his employer.
Prosecution, however, said during investigation the accused did not lead the Police to apprehend anyone.
SOURCE: GNA
Enchi Magistrate Court