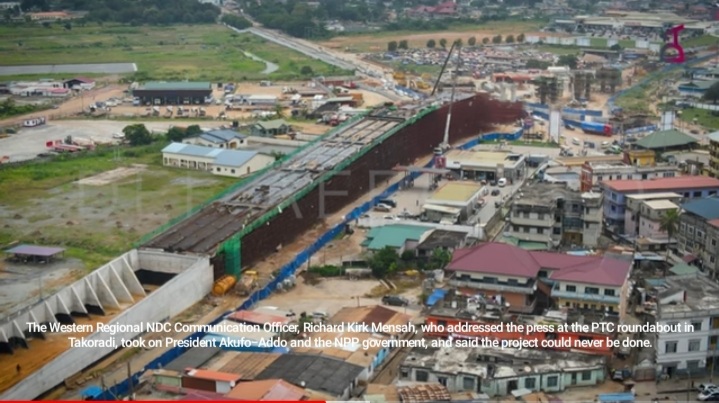 By July of next year, the development of the Takoradi PTC Interchange should be finished and open to traffic, which will help to reduce traffic congestion and improve the flow of goods and services.

When the Minister for Roads and Highways, Mr. Kwasi Amoako-Atta, visited the PTC Interchange and other significant roads awarded under contract in the Western Region, consultant Mr. Charles Woode informed him of this.

The consultant promised the minister that the project would be finished on time and to high standards.

The Takoradi PTC Interchange was the fourth Sinohydro project the government had carried out in the nation to hasten social and infrastructure development, according to Mr. Amoako-Atta, Minister of Roads and Highways.

He told the consultant that the Ministry would be ready to provide the necessary assistance to ensure the project’s success.