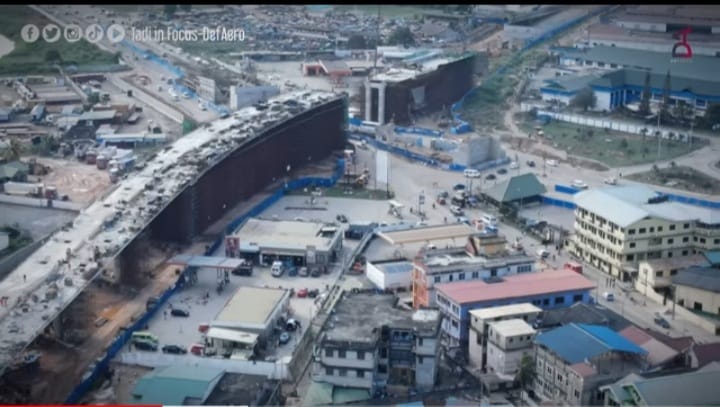 Mr Joshua Allotey, a consultant for Sinohydro Engineering Company responsible for the construction of the first interchange in the Western Region says the project is sixty-five per cent (65%) complete.

Speaking to the media on Tuesday, September 27, during the Roads Minister’s visit to the sight, he said “We are 65% complete and it is just about 1.5% behind the planned schedule.”

“As compared to about 8 months when we were just 22% and 15% behind schedule, we have done very well and looking forward to completing before schedule.”

Speaking on some of their challenges on site, he sighted the construction process, fuel and water shortages that continue to hit the city.

The Roads Minister, Mr Amoako Attah addressing the media expressed happiness about how the project has progressed so far.

“This is the best Christmas gift that could be given to the government and people of this country, continue to be working day and night and continue to be taking precautions as well.”

He urged the contractor and the workers to take precautions to avoid any accidents and fatalities that could hinder the progress of the project.

“We don’t want anybody to suffer any injuries while this project is ongoing, so far I am told by the Regional Minister and the directors that they have not received any serious complaints from the motoring public and the pedestrians and that suggests that the traffic situation is being carefully managed here.”