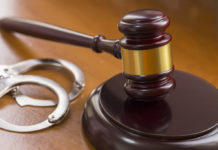 Prosecution in the alleged pornographer case has been given the last chance to file documents for trial to commence.

Anderson Ofosuhene, the alleged pornographer and administrator of Empressleak is being held among others over publication of pornography.

The trial Judge, Mrs Susana Eduful, gave the warning after the prosecution absented herself in court when the case was called on Wednesday. The accused person was however present in court.

The Circuit Court judge therefore warned that it would be the last time she was giving prosecution time to file the necessary documents in relation to the trial.

In October last year the court tasked the prosecution to complete their investigation by November, 2020.

The trial judge however went on leave and the matter was put before a different judge.

On assumption of duty, the substantive judge Mrs Susana Eduful wants to commence trial hence the call on prosecution was to file the necessary disclosures.

Due to the absence of the prosecution led by Inspector Princess Tetteh Boafo on Wednesday, the matter has been adjourned to April 21.

In August last year, Ofosuhene was arrested in a joint operation by the Cyber Crime Unit of the Criminal Investigation Department and the Ministry of Communication.

Accused is being held for using the website to publish nude pictures and videos of people and extorting monies from them.

Ofosuhene has been charged with the offence obscenity, child pornography, extortion of money and money laundering.

His plea has been preserved awaiting the advice of the Attorney General.