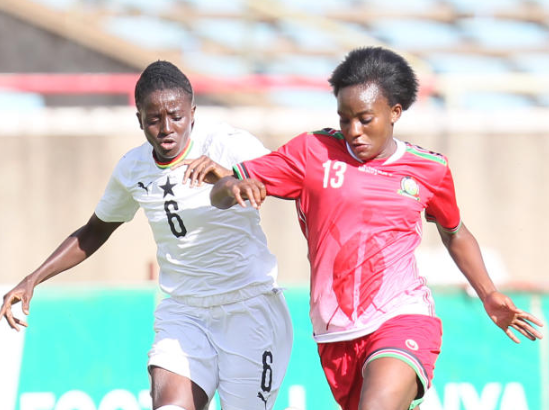 Black Queen’s star defender Ellen Coleman has welcomed the decision by CAF to introduce Women’s Champions League for the first time on the continent. The proposal is one of the items on the agenda for CAF’s meeting slated for 30th June this month.

“A CAF Women’s Champions League will boost the morale of the female players, because every player would aspire to play on that platform; we [the Ghanaian players] can play and compete [in the CAF Women’s Champions League] because the National Teams are made up of the same players from the Women’s League, and we have the quality to play in Africa because Ghana has a talent pool of female players”, she told Skyy Power FM in Takoradi.

The continent’s football governing body CAF is considering introducing the Women’s Champions League for the first time on the continent as part of its development strategy for women’s football.

“The CAF Women’s Champions League comes with many benefits, we can market ourselves for the National Team call-ups, we will attract scouts and agents for foreign contracts, it will also serve as another platform for players who don’t get national team call-ups to market themselves”, the Cape Coast based Lady Strikers lateral defender enumerated.

Ellen Coleman, 24, has played for all the Ghana female age-group national teams. She is currently a member of the National Women’s Football Team, the Black Queens.