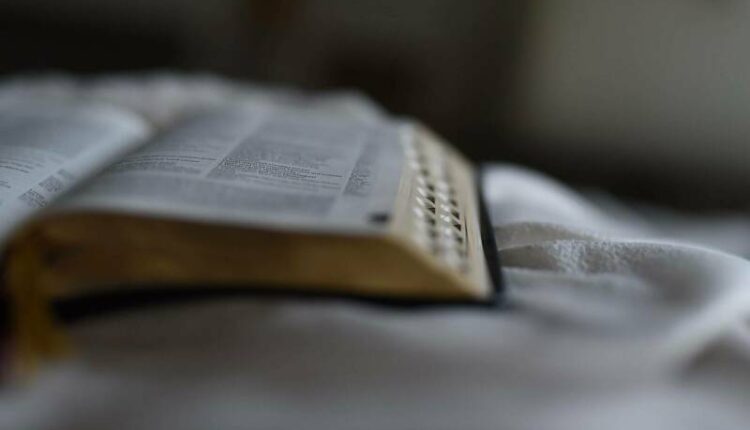 Bob was rushed to the hospital on a stretcher one Sunday evening with his face looking pale as he gasped for breath.

Something has triggered his asthma into motion and this time around, he needs more than his inhaler to stay alive.

After hours of medical attention, Bob finally calms down. He opens up to the medical staff that earlier on at Church that day, the visiting Prophet openly prophesied that he had seen Bob lying dead in a coffin.

Bob said shortly after Church service, he began hallucinating and seeing some of his dead relatives. The fear of dying at a young age, he said, is what triggered his asthma attack.

After Bob’s recovery, he resolved never to become a victim of doom prophecies.

He set up an NGO to provide healing to all those traumatised by such prophetic utterances.

Bob also spearheaded a campaign that created awareness on the schemes propagated by fake Pastors to enslave the Christian populace.

In psychology, the human psyche is the totality of the human mind that helps us navigate through life. Psyche, in the original Greek word refers to our mind or soul.

Prophecy and its effect on the psyche

Prophecy has a great hold on those it is directed at. This is so because it is seen to emanate from the spiritual realm and its effect is seen as profound and inescapable.

To a Christian, God speaks His truth to the mind of a prophet concerning a situation so that he can reveal the truth concerning the situation.

Prophecy can be private (restricted to an individual) or public (mostly to a nation). Prophecy can also take the form of a rebuke or a general instruction to either an individual or groups of people (or nation).

If the prophecy carries good news such as, passing an examination, getting a promotion at work or escaping death, it fills a person with peace, joy and a sense of fulfilment and victory.

On the other hand, if it is about failure, misfortune, or death, it can result in intense fear, panic, and anxiety and in some case, severe depression.

Ghanaians, have on many occasions been gripped with fear after some prophets took to various platforms to announce the death of some public figures.

Reverend Owusu Bempah, prophesied that the National Chief Imam will soon die which infuriated some Muslim youth. The pastor later apologized to the Chief Moslem Cleric who is still alive.

The sports and political space have also not been exempted from prophetic utterances.

Prophet Emmanuel Badu Kobi, Head and founder of Glorious Wave Church International, some months ago predicted a win for Brazil in the Copa America finals and a victory for England in the 2020 Euros finals, both prophecies, he said, were inspired by the Holy Spirit.

However, the prophecies failed. This made him the subject of intense mockery on the internet and compromised his credibility.

During a Sunday service on July 18, 2021, Prophet Badu Kobi explained that all his football prophecies had come to pass except the aforementioned.

“There is no football prophecy I have said which has never come to pass except these two, ” he fumed.

He added, “There is no prophet without a failed prophecy, are you God? They should show me one. If every prophecy has come to pass then every church member would have succeeded.”

He said those who bet on football matches should be blamed for what happened, adding that, these people decided to use God’s word to make money for themselves and since God is against gambling, He turned the prediction upside down.

Ahead of the 2020 General Elections in both Ghana and United States of America, Prophet Badu Kobi also prophesied that Donald Trump and John Mahama would win their reelection campaign, but these prophecies never came to pass. The late TB Joshua, the Nigerian Tele Evangelist, also prophesied that Hilary Clinton will win the United States elections which turned out to be false.

Reverend Albright Asiwome Banibensu, a licensed Psychologist, says prophecy may lead people to take actions that they otherwise would not take.

He said this happens when the person believed the prophecy and “sees no hope.”

“Since how we think influences how we feel and how we feel does influence how we behave, a person’s behaviour is sure to be impacted by prophecy. All these are as a result of what prophecy we hear, how we process it, and how we feel about it. Thus when prophecy is processed negatively or positive impacts our mental health,” he said.

He said in some instances, the manner in which prophecy should be delivered can be revealed to the Man of God in addition to what should be said.

Rev Banibensu, who is the National Vice President, Ghana Psychological Association (GPA), said however, the bottom-line was that Ministers of the Gospel must learn how to be merciful, operate with wisdom and speak the truth in love because ultimately, prophecy was supposed to draw people closer to God.

“A prophet should not prophesy to draw attention to himself. The Bible makes it clear in 1 Corinthians 14:32-33 that, ‘the spirits of the prophets are subject to the prophets. For God is not the author of confusion, but of peace…’ To this end, prophecy should not result in chaos but should ultimately result in peace,” he said.

He said if the simple rules of prophesying the truth with mercy, in wisdom and to achieve peace were adhered to, prophetic utterances would cause less psychological damage.

Secondly, Rev Banibensu said once a prophecy was spoken, it meant that God did not want the fearful thing to happen to you. So it should be seen as a message of hope no matter what.

How to handle prophecies

Rev Banibensu said if a person clearly saw that the supposed prophet was simply “reading” the environment and making pronouncements that were just simple deductions, one should as well just forget about it and not panic.

He said if the prophecy was from the devil or an evil spirit,” then definitely its purpose is to kill, steal and to destroy.”

In this case, he said the person could fast and pray or look for Holy Spirit filled friends or people to pray with him or her and the said frightening outcome of the prophecy would be averted.

“If it is from the Spirit of God, then again one will need to pray and thank God for drawing his or her attention. Then, one should pray alone or with Spirit filled people to avert it. In all these, one’s relationship with God is important. One must ensure that he or she is born again and in right standing with God. With this, the battle is more than 90 per cent won already.”

“Psychologically, we should always have a positive outlook on life. Fear is crippling. A prophecy that is even clearly phony can still have an effect on a person as if were a true prophecy simply because he or she believes it. This is how it works. If one thinks of something sad, it is likely one will start to feel sad. The opposite is also true: When one thinks of something positive and calming, one feels relaxed. It is a placebo effect. Whatever you believe, you are likely to experience,” he said.

Rev Banibensu said one effective way to turn fears around was by cognitive restructuring, a therapeutic process of identifying and challenging negative and irrational thoughts. It is closely linked to autosuggestion.

This refers to the process of making positive suggestions to oneself for the purposes of improving morale, inducing relaxation, negating bad news or promoting some type of recovery from illness.

One can say to oneself when a fearful prophecy is given that, “It will ultimately not destroy me.”

Rev Banibensu said another thing that one could do is to face the fear.

“It may sound foolhardy but it works in most cases. If the prophecy is that you will die at work on Monday, pray and ask for spiritual protection, take the necessary precautions then dress up and go to work,” he said.

He noted that one would need to work closely with a Licensed Counselling Psychologist or Clinical Psychologist in these situations.