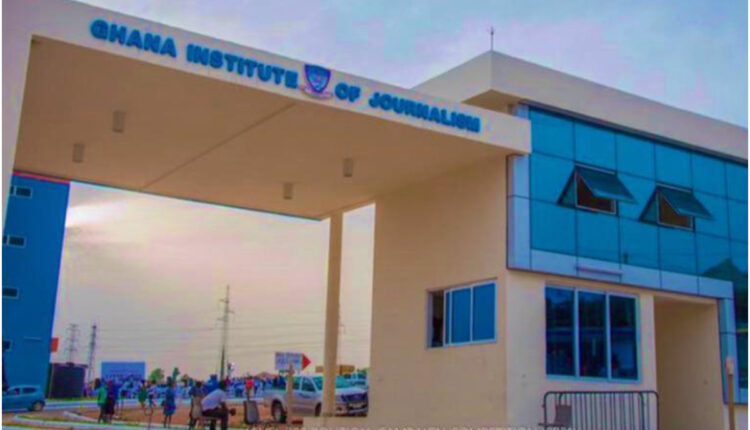 Prof. Divine Ahadzie: Academic dilemma – to be in the media landscape or not to be?

In March of this year 2021, I was declared the proud winner of the driving the impact agenda category of the Emerald 2020 Real Impact Award. Since then I have been reflecting on my academic career over the past two decades and meditating on what this means and lessons that I can share in the academic space.

The citation to the award read that, among others, I won the award because of my dedicated effort in converting my research findings into media-friendly publications for public consumption.

This is indeed very instructive because, all this while that I was making the effort to put my research findings in the media space, I had the least idea that it will one day inure in fetching what has now become the epitome of my academic career.

In my mind, I just wanted my research findings to get out there to see if it will help influence policy decision and get implemented.

However, it has not been that easy. In the first place, I have no formal training on how to effectively communicate in the media space and so I started writing on my own desire and some personal readings I did.

Secondly, there is always the danger of political backlash especially in developing countries like Ghana where the interface between academic theory and political ideology can be antagonistic.

So far, I have not received any political backlash anyway and I guess this is perhaps, because, I try to focus on theory and evidence-based arguments and shy away from opinions.

What lessons can I share? Well, the reality is that many academicians would be happy to find their research findings in the public space, however it appears that many are in a dilemma, for the reasons I have just cited above. Indeed this issue is already discussed in academic literature by for example, Snodgrass, 2017 and Heleta, 2016 in conversation.com.

But, here is the crux of the matter. According to Dr Helen Beddow of Emerald Publishing Group, research suggests that, it can take up to 17 years for research findings from academia to diffuse into the society to make the necessary impact. This perhaps explains why public opinion is often accusing academicians of hibernating in the Ivory Tower and not making impact in the society.

Dr Zeshan Qureshi, an award-winning academic and writer who has published in top journals such as BMJ and the Lancet in the UK also opines that, if one thinks that publishing in top academic journals will cause a change in public behavior, then one is being delusional. He says “you need to know how to communicate those messages to the people that make decisions, to politicians and through the media to the general public”

Indeed we as academics need to get our research findings into the media and decision-makers. But here is the case in Ghana for example, where there is obvious inertia because academics are not comfortable with prevailing conditions political tagging and the threaded insults.

As I stated earlier, my experience so far is for we as academics to stay away from opinions and deal with facts as per the theory in the scientific sense and evidence-based research.

Here, I am not suggesting that everything is going to be all rosy but then it might help in minimizing the uncertainties and perhaps make the backlash avoidable.

It is also high time that, as academics, we begin to avail ourselves for some training in how to communicate in the media landscape. All in all, the impact of research is for the mutual benefit of all of us.

It is therefore also prudent that the public begins to appreciate and encourage academics with a more receptive attitude. The media indeed has a big role to play and it is time academics begin to see the media as partners in disseminating research findings, as, without the media, we might never get the results. The media indeed gets results