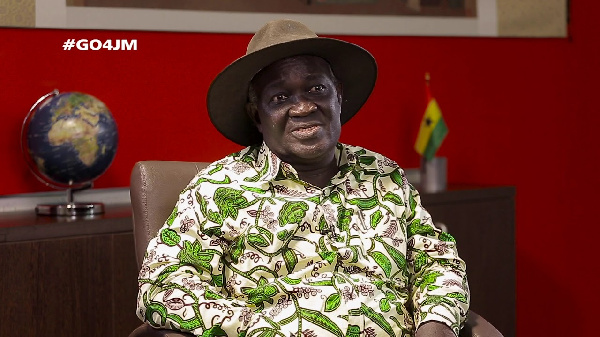 Former Local Government Minister under the Jerry John Rawlings administration, Prof. Kwamena Ahwoi has recounted how he and some advisers in the then government threatened the former President to put an end to the reckless execution or risk losing them.

Rawlings’ administration prior to the introduction of Democracy according to history saw a number of individuals being executed for crimes which were against the state’s progress.

These executions included Public officials, Court Justices and even civil servants whose crimes were sometimes unknown.

Prof. Kwamena Ahwoi in his controversial “working with Rawlings” book recalled how he and other advisers of the former President walked to him and threatened to leave if the executions are not stopped.

He said Jerry John Rawlings ‘sacked’ them from his office but that was the day executions ended in the country.

“I recount how a group of Rawlings’ closest advisers, including myself confronted him one early morning with a demand for him to “stop the executions” or risk our exit from his government. Though he did not give us any answer and literally “sacked” us from his office, he stopped signing death warrants that would have authorised the carrying out of the death sentences handed down by the public tribunals, thus effectively stopping the executions.”

Working with Rawlings authored by Professor Kwamena Ahwoi has become controversial due to revelations about some key members of the Provisional National Defense Council (PNDC)/ National Democratic Congress(NDC), including former President Jerry John Rawlings himself, Dan Abodakpi, Samuel Okudzeto Ablakwa and several others.