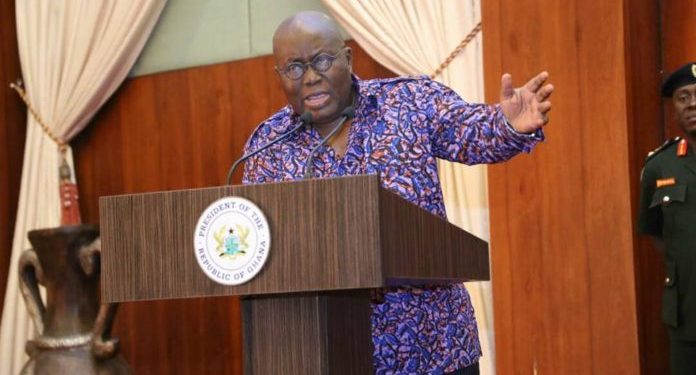 Prez Akufo-Addo urges Ghanaians to support his efforts to put end to “galamsey” and party politics.

Traditional leaders and Ghanaians have been urged by President Akufo-Addo to forgo partisan politics in the fight against the devastating illegal mining operations in the nation, often known as “galamsey.”

While the government, he claimed, was not opposed to mining in the nation, he added that it would not put up with detrimental mining practices like galamsey.

He believed that everyone in Ghana had a duty to contribute to preventing the environment from being destroyed, which is why the fight against galamsey needed to be free of political politics.

When speaking to the National House of Chiefs on the severity of the effects of illicit mining on the nation’s environment and the necessity for everyone to participate in the battle against the threat in Kumasi, President Akufo-Addo made the comments.

Ogyeahoho Yaw Gyebi, the president of the National House of Chiefs, added these words as well.