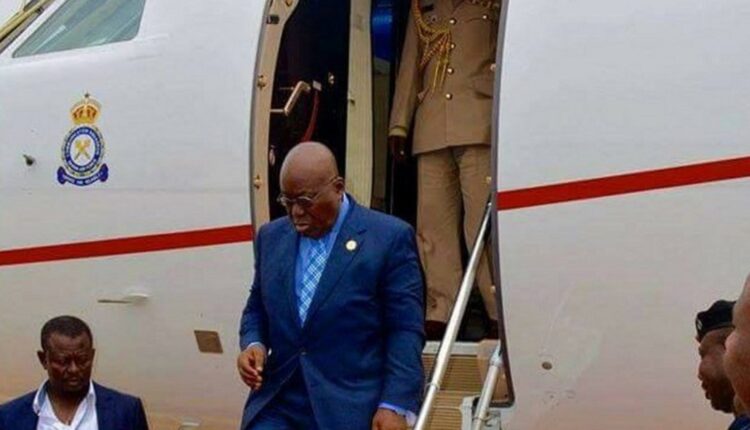 The official funeral for Queen Elizabeth II will be held on Monday, September 19, and Ghana’s president, Nana Addo Dankwa Akufo-Addo, has left Accra for London to attend.

President Akufo-Addo will attend a series of activities today at the state burial for Queen Elizabeth II, joining members of the Royal Family, foreign leaders, and Commonwealth members.

The burial of the 96-year-old queen, who passed away at the Balmoral Castle in Scotland, the United Kingdom, on September 8, 2022, is likely to draw several world leaders and royal families from various continents.

Queen Elizabeth II ruled the United Kingdom for 70 years, making her the longest-reigning monarch before her death.

King Charles III and Queen Consort Camilla hosted a reception in Buckingham Palace on Sunday, where President Akufo-Addo was one of the dignitaries and guests they welcomed.

Following the funeral, the President will depart for Ghana.