President of the Republic of Ghana, H.E Nana Addo Dankwa Akufo-Addo has indicated that his confidence reposed in the Minister for Railway Development Joe Ghartey never withered. He admitted it was a challenging tasks he assigned the Minister in his government, to lead the revitalisation agenda for the railway sector in Ghana.

Addressing a gathering of Chiefs and people of the Western Region at the Railway Training School, President Nana Addo explained that his search for a ‘torch-bearer’ couldn’t have come from no other place than the origin of rail development in the country; Essikado-Ketan.

He scored that Joe Ghartey has been awesome at finding solutions to drive the transformation his government hopes to achieve.

“…and I had no doubt in my government that I had somebody who could do that work for me. Fortunately he also comes from the railway capital of Ghana, Essikado-Ketan, and that is why I gave the job to Joe Ghartey. And he should come and lead the renaissance of the railways system of the country.

“I can only thank God that he’s been able to live up to my expectations. He has negotiated hard to find money for all this, and it’s happening and it’s going to continue to happen. And god willing if we get four more you will see the results his labour in the sector,” he added.

Nana Addo reiterated that his commitment to developing an advanced and sustainable railway system in Ghana is unwavering.

“So the commitment to reviving the railway sector is absolute, it’s unconditional, and it’s non-negotiable.”

The Paramount Chief for Essikado Traditional Area, Nana Kobina Nketsiah V recounted that he was displeased the time he learnt of Joe Ghartey’s appointment, stressing it was not befitting of his person.

He added that, it took Joe Ghartey’s confidence and extraordinary capabilities to calm their fears.

“There was a lot of agony when we learnt Joe Ghartey was appointed the Railways Minister. Joe, Railways? I stood in public and spoke… not to him but for the appointing authorities that they better help him execute the task else it would be a disgrace to us. But in the wisdom of the President, he knew why he chose him.

“For twenty years we’ve kept to speaking about the railway development. We speak about it at the House of Chiefs…. before any President we bring this issue up.”

The previous administration under John Mahama as at 2017, had only reconstructed a 15.6 kilometres rail network from Takoradi to Kojokro of the Western Rail Line. Through Joe Ghartey’s effort as sector Minister [under President Akufo-Addo], the entire Western Rail Line is being reconstructed. Currently the total rail line network being worked on is about 200 kilometres.

Work is advancing steadily on the Western Rail line, as government recently secured a whopping €600 million credit facility to develop the Western Corridor. 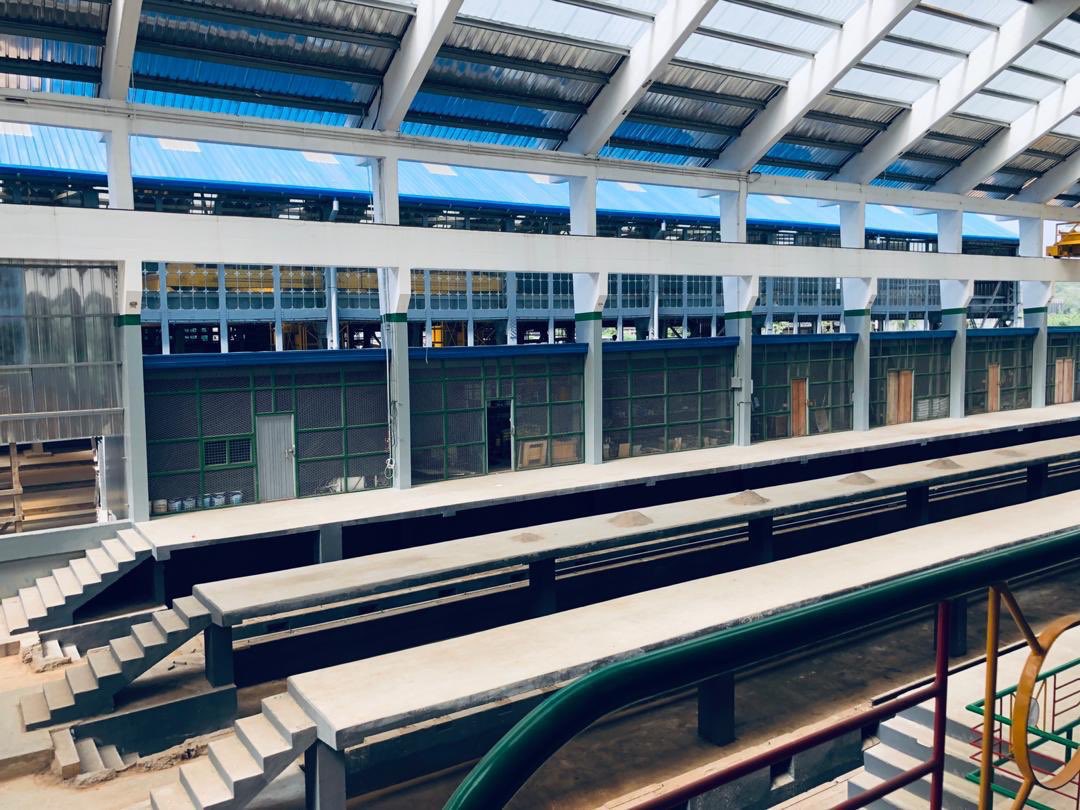 Already, the workshop at the famous Location, Essikado has been rehabilitated. The Railway Training School is offering admission for engineering related programs. Passenger service had started on the Takoradi -Tarkwa line until it was suspended indefinitely due to the COVID-19 pandemic. 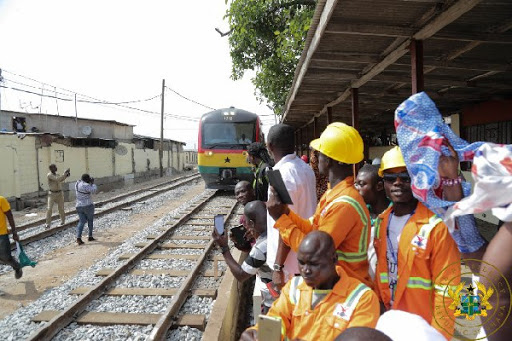 It is instructive to note that, work on the Tema-Mpakadan rail project is on course. It forms part of a bigger rail connectivity project; the Ghana- Burkina Faso Interconnectivity Rail Project.