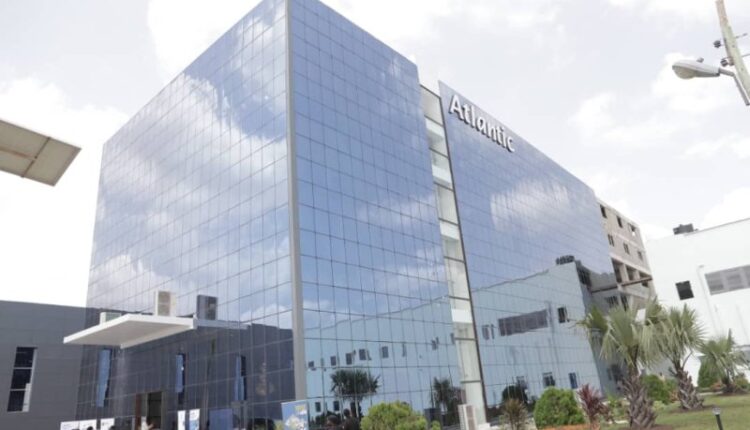 The plant, situated at Larkpleku, in the Prampram district of the Greater Accra Region, belongs to the Atlantic Lifesciences Limited, a company operating under the Government’s flagship One District, One Factory Programme.

Atlantic Lifesciences are the major importers and suppliers of anti-snake serum anti-rabies vaccine in the West African region.

The ultra-modern plant has one of the highest production capacities in West Africa. It would manufacture sterile infusions and anaesthestic medicines, vaccines, and ear, eye and nasal drops for the Ghanaian and West African market.

Following the outbreak of the COVID-19 pandemic, the company added the manufacturing of some essential medicines to support the fight against COVID-19 and the Government’s self-reliance policy.

Speaking at the commissioning, President Akufo-Addo said the ceremony was a fulfilment of the promise by government, in partnership with the private sector, to set up at least one medium to large scale enterprise in every district of Ghana.

He said the plant, the 107th to be built under the 1D-1F initiative, would enhance the country’s plan to be self-reliant in the production of essential medicines and equipment, and vaccines.

The President was happy that the factory would create some 380 direct jobs and when fully operational it will generate additional 400 direct jobs.

He said the facility would also create a total of 2,500 indirect jobs for the people of the area.

President Akufo-Addo said the Ministry of Trade and Industry, in collaboration with Ghana EXIM Bank and Standard Chartered Bank, had since 2017 supported the company to benefit from the 1D1F Programme.

Out of the total investment for the project, the Ghana Exim Bank provided a credit facility of ten million dollars for the procurement of plant, equipment, and machinery.

“This underscores the kind of support given by government to the private sector to take advantage of economic opportunities in the country, ” the President said.

He commended the collaborative work, between the Ministry of Trade and Industry, Ministry of Health, Ghana Exim Bank, Standard Chartered Bank, Food and Drugs Authority, Traditional Authorities, and foreign partners of the company, for providing the requisite support towards the establishment of the state-of-the-art manufacturing facility.

Mr. Alan Kyerematen, Minister for Trade and Industry, said fostering local production of medicines would wean the country of the over-dependence on imported pharmaceutical products.

He said with the establishment of Atlantic Lifesciences Limited, coupled with other existing local pharmaceutical companies, Ghana had the potential to become the pharmaceutical production hub in West Africa.

The Minister said the development was an indication of the Government’s resolve to grow the local pharmaceutical industry and reduce imports.

Mr. Dhananjay Tripathi and Chief Executive Officer (CEO), Atlantic Lifesciences Limited, who is also an Industrial Pharmacist, Consultant and entrepreneur, said the support of the Government of Ghana and her agencies such as the Food and Drugs Authority (FDA) and the EXIM Bank, had been instrumental in the execution of the project.

He said his company was committed to expanding its scope of work to create more jobs.