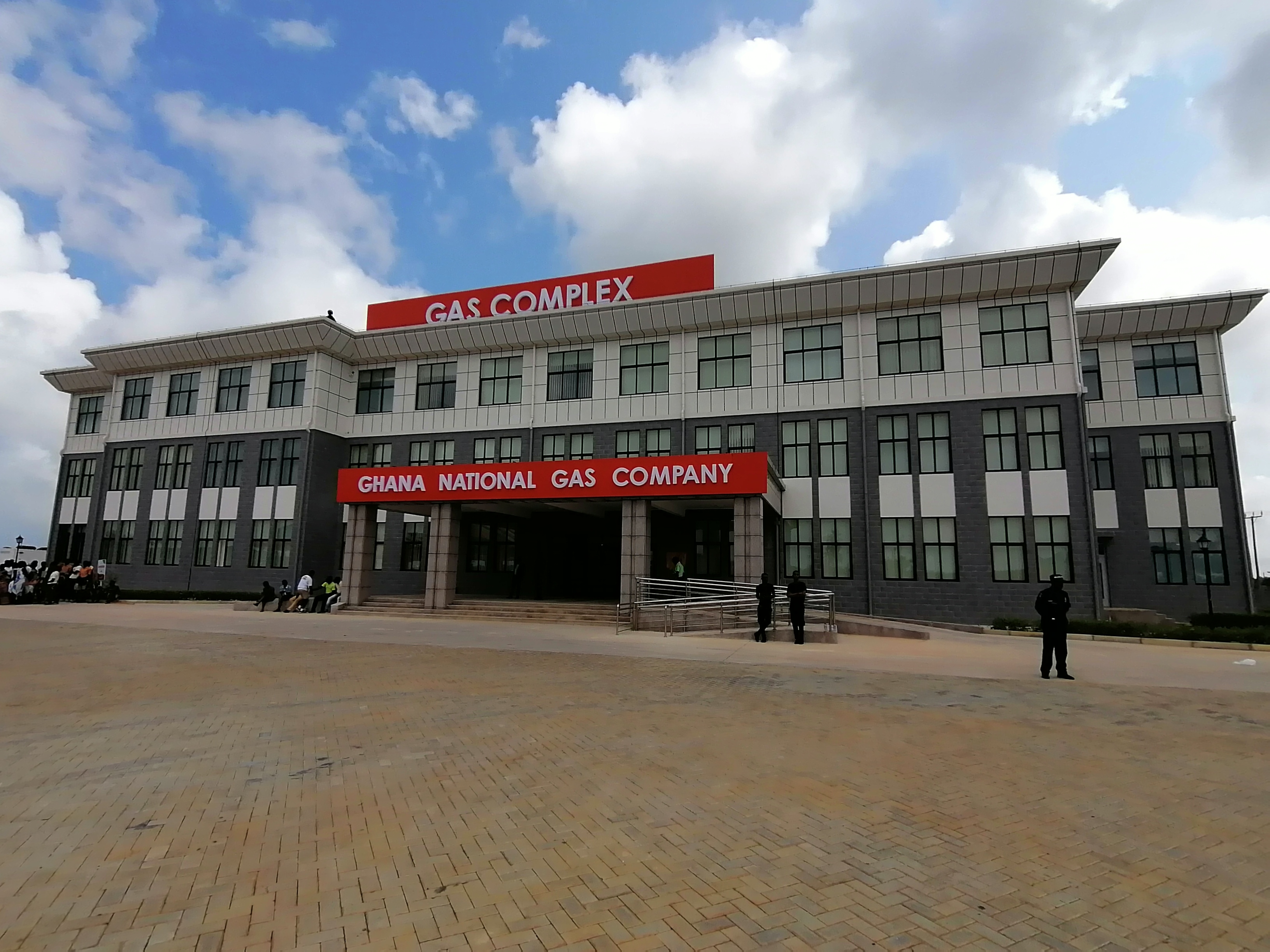 The Operational Headquarters of the Ghana National Gas Company Limited has been duly commissioned by the President of the Republic of Ghana, H.E Nana Addo Dankwa Akufo Addo today.

The multipurpose complex, christened “Gas Complex” lies within the enclave of the Atuabo Gas Processing Plant in the Ellembele District of the Western Region. Construction of the facility begun in November 2017 and was completed as scheduled in November 2018, by SINOPEC Corporation together with other sub-contractors.

President Nana Addo at a durbar held today on the premises of the new Gas Complex located at A.B Bokazo, acknowledged that the facility is a realization of a critical component of the Western Corridor Gas Infrastructure Development Project Agreement.

“The Gas Complex was originally conceived as an integral component of the Western Corridor Gas Infrastructure Development Project Agreement which was signed with SINOPEC Corporation in November 2011” he mentioned.

He commended management of the company and its partners for keeping up with the planned agenda of developing the gas infrastructure into a world class.

“In fact, this project would be a game changer in our push towards industrialising Ghana’s economy” Nana Addo said.

He highlighted that several road infrastructure projects, health facilities among others have been undertaken and or ongoing within communities in the oil and gas enclave in Nzema, as a deliberate attempt to improve livelihood and local economy.

“Government is undertaking all these projects to bring Nzema to a status befitting of a world class oil and gas community” President Nana Addo stated.

The Operational Headquarters according to the Chief Executive for Ghana Gas Company Limited, Dr Ben K.D Asante has three developmental pillars that serves as the fulcrum for advancing organizational and community development, and to a larger extent the economy of Ghana.

Dr Asante clarified that the facility would among other purposes “serves as a command control center for remote operation of our Gas Processing Plants and associated Pipelines and stations, and as well be a center for training and conferences in the Western Region”

Western Region Minister Dr Kwabena Okyere Darko Mensah noted that the development is a fulfilment of an age long advocacy for making the Western Region the petrochemical hub of the country. He hinted that some collaborations are being explored with Southern Alberta Institute of Technology to help build capacities of local personnel for the oil and gas industry.

“We are looking at fertilizer production, training of quality human resources, as well as the manufacturing of petroleum assets. Our friends in Southern Alberta Institute of Technology, Canada, are also very happy and ready to help with such training” he said