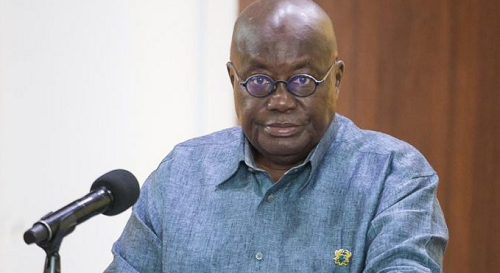 President Nana Addo Dankwa Akufo-Addo has apologised to the people of Cape Coast for denying that his Government had promised to build a Habour for the coastal community.

The President had on a Cape Coast-based radio station last Monday during his tour of the Central Region said the New Patriotic Party (NPP) had not made a commitment to build a Harbour in the city.

That statement had generated angst among Cape Coast residents, who have expressed disappointment over that development.

But in the 2020 Manifesto of the NPP, a commitment was made to construct a Harbour at Cape Coast.

“Let me confess, I made a mistake on the Cape Coast statement. I try to look at the manifesto before I go [to every region]. I saw one-page talk about landing sites and I didn’t go further.

“Presidents are human after all, we are not supermen. We make mistakes,” he said on said on Accra-based Peace FM on Thursday.

“But in any event, even with the mistake, I still think we have to rethink a lot of things. We have Harbour in Elimina which is being developed, obviously Takoradi and another projected for Cape Coast. I think some rethinking has to go on for us to be able to find what is the value for money arrangements, ” he stressed.

Touching on the economy, the President said he was encouraged by the outcomes of the policies and programme implemented, despite the setbacks COVID-19 Pandemic

He said that although the problems of the country cannot be solved all at once, a significant effort was being made to ensure that everyone got what was due them at the end of the day.

On corruption, President Akufo-Addo said his government had shown greater commitment to ensuring transparency and accountability in his Government.