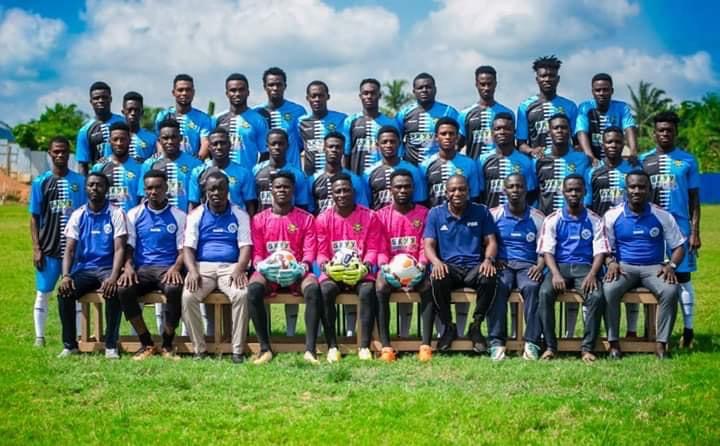 Division one side Skyy FC take on Medeama SC in a pre-season friendly tomorrow at St. Martin’s Park, Daboase. The two teams had been on some blistering form until the league was truncated.

Skyy FC is keen on blazing their zone once again and go for the Division One League crown. The Eagles of Wassa East have on two occasions led their zone, but unable to clinch the ultimate because of two events or catastrophes that blighted their ways, first was the Anas Number 12, and the last one being global COVID 19 pandemic.

Medeama SC is expected to face a tough task on Sunday afternoon, having survived a scare at their own backyard last weekend when they had to pull a late 3-2 winner over Joojo Duncan’s Proud United. The two-time FA Cup bearers have also confirmed the signing of six fine players ahead of the 2020-21 season including experienced goalkeeper Frank Boateng, defender Patrick Yeboah, Musah Baba Abdulai, and midfield supremo Kwadwo Asamoah. Ex striker Abass Mohammed also finalized a dramatic homecoming to the club from Nigerian outfit Enyimba FC, as well as Abdul Basit Adam.

Tomorrow’s pre-season, expected to be a good game, will be Skyy FC’s second, after having lost 0-1 to Premier League side Karela in their first warmer.

The upcoming 2020-21 Division One League season is predicted to produce a lot of fireworks at Zone Two with Skyy FC, Sekondi Hasaacas FC, Samartex 96 FC, Bibiani Gold Stars and Proud United expected to compete for the sole ticket to the Premiership.