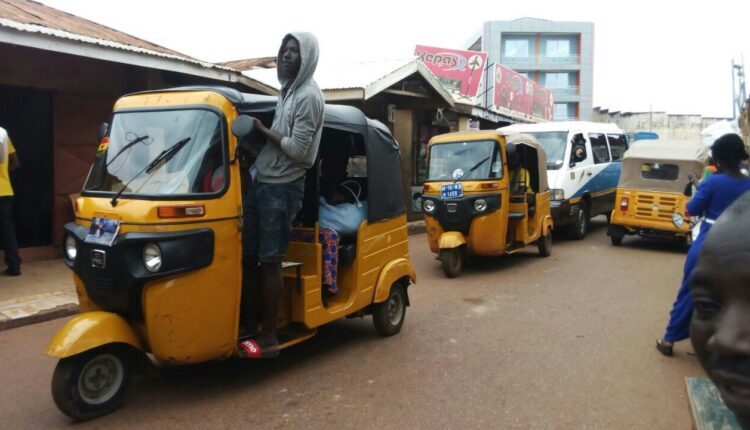 The Municipal Chief Executive (MCE) of the Effia- Kwesimintsim Municipal Assembly (EKMA), Mr Kojo Acquah has revealed that the activities of the tricycles popularly known as “Pragya“ has been banned with immediate effect from the Municipality.

According to him, this forms part of the efforts to ensure the safety of residents.

“As part of efforts to check and reduce the rate of accidents on our roads while ensuring the provision of safety services to residents, a ban has been implemented on the operation of Pragya,” he said

He also noted that most of the riders of ‘pragya’ are below the age of 18 years and are without the necessary insurance cover and also disregard road safety instructions posing danger to other road users.

Mr Acquah emphasized that the assembly will permanently confiscate any ‘Pragya’ that will be seen in the Municipality as they have been commended for the decision.

“This directive remains enforced and anybody who will go contrary of this will have his or her ”Pragya” permanently confiscated by the Assembly.

He pleaded with the public to comply with this enforcement or face the law. All areas under EKMA should also take note, as nobody will be spared of being found guilty.