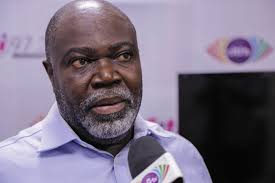 Ato Bonful, a leading member of civil society group; Citizen Ghana Movement (CGM) , wants the state to do thorough background checks into all nominees before their appointments are confirmed to hold public office.

His comments come on the back of revelations that embattled Public Procurement Authority boss, Adjenim Boateng Adjei had a questionable record, having previously being involved in fraudulent activities in the early 2000s.

Ato Bonful says the scandal should force a rethink of the process of nominating, interviewing and subsequent appointments into public offices.

‘‘I believe this development is potentially seminal and will impact on the procedure that precedes future appointments of public officials. So future presidents will ensure that all their nominees for appointments will be properly looked into to be certain they have no criminal records, questionable conduct or beliefs before they are considered for any public office,’’ he said.

Speaking on the Jolly Breakfast Show on Friday, Ato Bonful added that state agencies will have a role to play in this.

‘‘Where there is not sufficient information of a person’s past life and career, issues like this are likely to happen. So it’s important that state agencies will do this so that the public sector does not become breeding ground for such characters and their conducts.’’ He concluded.