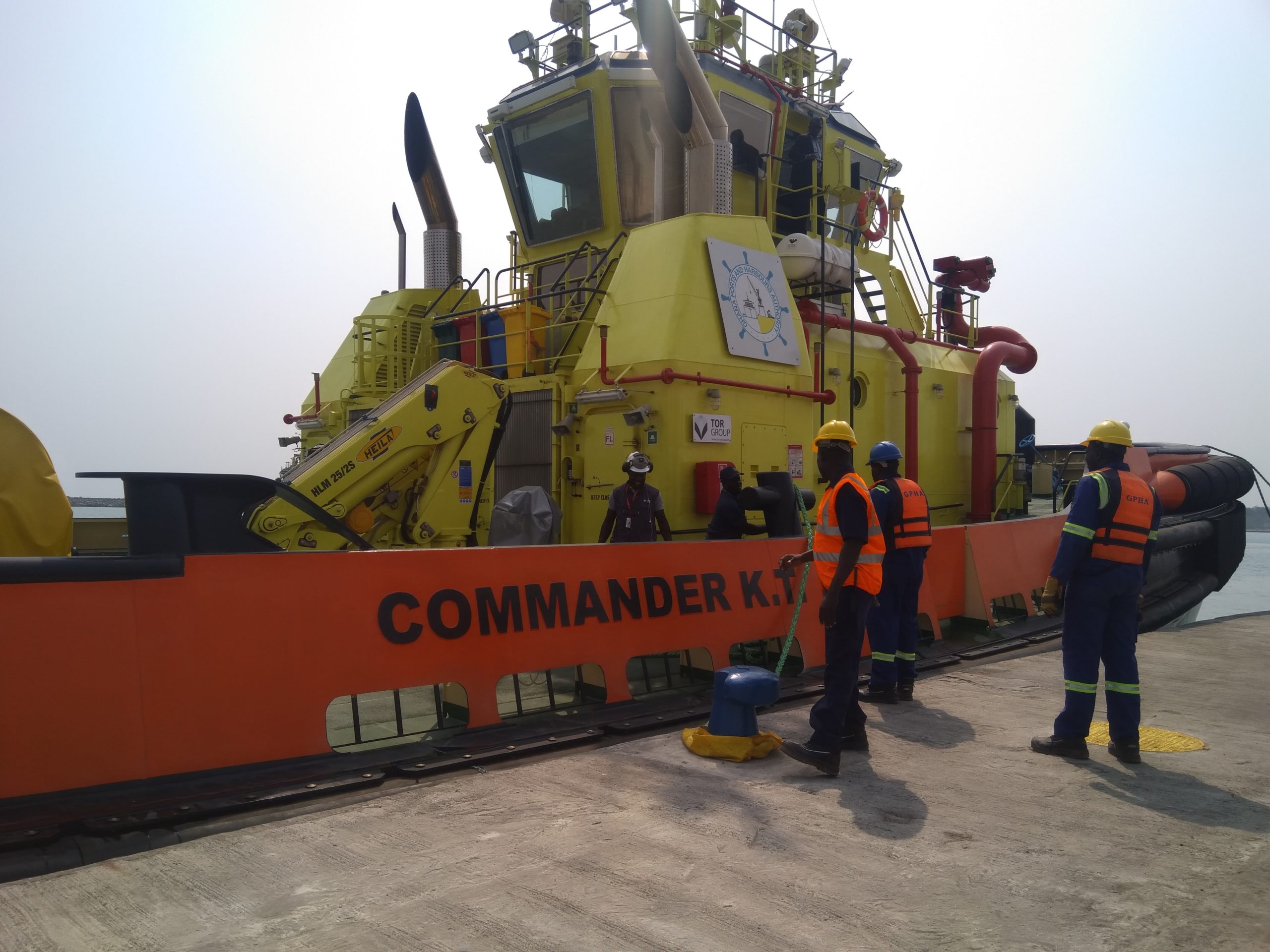 The Port of Takoradi has secured a new tug boat, in addition to existing fleet, to support its operations, and ultimately improve efficiency in the handling of large and very heavily loaded ships at the port.

The Port of Takoradi has been managing with two ASD tug boats (an 80 and 60 tonner), and three conventional boats, for the safe handling of large and heavy vessels.

Harbour Master of the Port of Takoradi, Captain James Richmond Quayson is convinced the facility will enhance the port’s operations, as they gear up for the completion of expansion works at the port. He explained that the new tug with ASD capabilities, means greater time efficiency and delivery, as it is designed to make a 360 degree turn on its axis.

“It’s going to deliver. Our thugs perform for close to twenty-five to thirty years” he added.

Capt. Quayson detailed that the new tug comes with a defect liability period of a year, a period under which the builder, will offer technical and other repairs at no cost to the GPHA.

He however emphasized that the port will stick to its maintenance plan to ensure longevity and usefulness of the tug boat.

Asked if the GPHA is considering adding on to its fleet in the coming years, as it strategize in making the Port of Takoradi a world class port, Capt. Quayson said “for now GPHA is trying to manage with its resources to deliver”

“Maybe 2022 or there about, we may want to change the old ones into this type” he noted.

The Port of Takoradi, as part of its Port Expansion strategy, anticipates to have bigger, triple E-Container ships with ‘Length Overall’ of 300 meters and above, Paramax/ Post Paramax/ Cape size bulk carriers, call at the port.

Counting on this milestone, Director of the Port of Takoradi, Captian Ebenezer Afedzie said, the port after the expansion works, will be positioned to handle vessels loading up to 120,000 to 140,000 tons.

“This thug boat with 80 ton bollard pull, can easily push and pull, and that is the most significant thing this thug boat is bringing on board. Because of its power handling big vessels will be very simple and very easy for us” he noted.