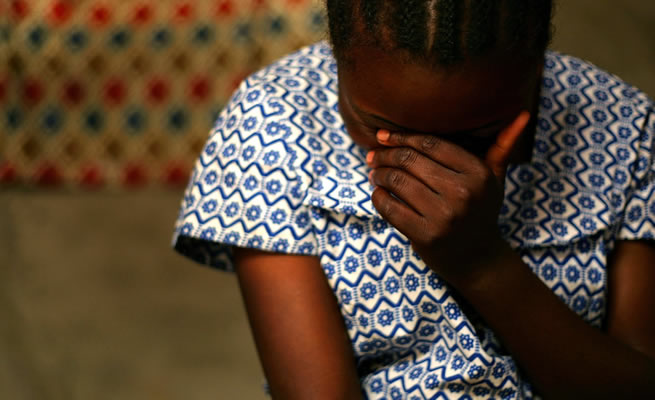 A young lady has recounted her ordeal to Skyy Power 93.5FM about how a young popular pastor in Sekondi-Takoradi, who blessed her marriage lured her into multiple sexual acts a night before and after her marriage.

In an interview, the lady who identifies as Ekua explained what led to her marriage to hit the rocks after a few years of her wedding.

Ekua indicated that there was a time the said pastor, name withheld, was invited for a program at her church which she called her then boyfriend, a taxi driver, to drive her to the program. As they went, the boyfriend who is also a member of the church decided to stay till the end.

Also, she indicated that a day after the program, the boyfriend came with a message saying, the pastor seeks her presence.

She said, ” I was there when my boyfriend came with a message that the pastor wants to see me. Initially, I had no intention to go but my mother advised me to, because there might be a spiritual problem”

“When I went, the pastor asked why I have refused a marriage proposal from my boyfriend, which I told him I don’t love him anymore even though we have a child together. After that particular conversation, he alerted me of a spiritual danger ahead of my life which he will like to redeem through some ritual directions but before that, I will need to attend his church in Anaji for six months.”

Ekua explained that through attending the said pastor’s church, she did the ritual direction which the pastor termed it as the first phase but there was a second phase to also be done.

She said, ” I asked him what the second phase was about, he then indicated it was hard for him to reveal but before we start, both of us will need to get naked which he directed me to go home and have a second thought. It took a while before we did that ritual direction and before then, he took me to every program he attended but made my boyfriend aware of my new found hustle.”

“However, he convinced me to marry my boyfriend which I had no option than to agree, because he programmed me in a way, I did whatever he asked me to do.”

Ekua giving further details revealed that, in preparation of the marriage, she and the pastor had to travel to Kumasi to present an invitation letter of her wedding to the spiritual father of the said pastor. Whereas they lodged in a hotel as they travelled to Kumasi.

“When we were in the hotel, he came to my room to tell me it is time for the ritual direction he told me about, so I did whatever he asked me, both of us got naked and he started to penetrate me. In the course of the sex, he paused and told me to hold his penis, he then explained the reason his penis is still hard after the long sex, which is because, a lighted candle in my life had gone off. He then gave me further ritual directions to perform after the intercourse.”

The lady indicated that after the first sex, it became a normal act between both of them as they did multiple times.

She said, ” During the eve of my wedding, he instructed me to come and sleep at his house to redeem me from some evil plans plotted against me on my wedding day. My then fiance trusted him so much he had no option than to allow me to go which he had multiple sex with me as a way of delivering me.

“The next day, he was the same person who officiated my wedding ceremony.”

“After my wedding, I was given a particular ring to place on my finger by the pastor which he told me not to wear the one my husband gave me. This raised some eye brows from my husband which he went further to report my strange decision to my mother, but had no idea the ring was from the pastor.”

“I got married to my husband November 21st, and the pastor also got married the following year in January, but his marriage crashed after six month which he convinced me to also divorce my husband, since his, did not work”

“He continued to pressure me to divorce my husband which I did not want to. His spiritual father, who is a pastor at a Methodist Church in Kumasi then directed him to marry one Judith girl at his church which he assured me, the marriage will not last, so both of us should do a secret wedding without anybody knowing, not even my mom”

“That same very night he asked for the secret wedding, he made me to sit in his car as he drove to the beach. At the beach, he demanded for us to make a covenant to the sea which will indicate our secret wedding, but my grandfather who is a spiritualist had warned me against making covenants and that made me to refuse his request. He pressured which I assured him we will do the secret wedding but not that very moment, even tho I had not agreed, I just wanted us to leave the beach.”

“However, my relationship with him continued as me and my husband had to separate by his doing, he controlled me to the extent of making me hate my husband so much that I denied him sex because the pastor said so. During the separation with my husband, I got pregnant for the pastor which he ignored me after hearing the news but sent money for my upkeep through a third party.

The cat was finally out of the bag when Ekua’s husband got to know the father of the baby as he shamed her publicly and dragged her to court to claim custody of their two children they had together.

The custody was granted to the husband as the judged believed, Ekua is a bad example to the children as a mother because she and her husband had only separated. A divorce was finalised between them at the court after the husband claimed custody of the kids.