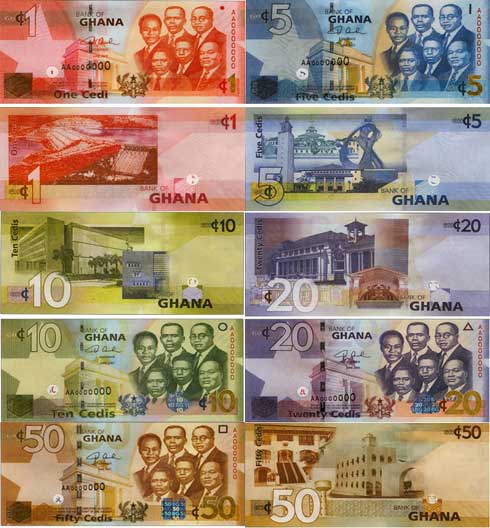 An Economist at the Garden City University, Dr. Francis Tandoh says Ghanaians’ poor handling of the cedi notes is part of the reasons why the Bank of Ghana prints new notes every year.

The Bank of Ghana spent more than GH¢153 million in 2018 to print the country’s legal tender, the cedi. The figure covers the actual cost of printing the legal tender, agency fees paid to the intermediary firm that supervised the printing process as well as what the central bank describes as other currency expenses.

Speaking to this development on the Jolly Breakfast Show (JBS) on Skyy Power FM, Thursday, Dr. Tandoh said our handling of notes is what forces the apex bank into printing new notes every year.

‘‘There is the need to print new currency notes because the cedi notes spends less time in circulation than the life span of the average currency note and for a number of reasons. Our handling of the cedi notes is quite poor. We sometimes crumble currency notes instead of neatly folding them and this weakens the notes after a while. They can also get defaced when they are exposed to liquid water, oil and other liquid substances. This is what necessitated initiatives like #CareForTheCediCampaign by the Bank of Ghana a few years ago,’’ he said.

He added that while the figures may seem huge, it is as a result of the cost of production and the security of the notes.

‘’The cost if the printing material, the security features and other associated costs are key determinants in how much the apex bank spends on replacing lost and defaced currency notes. So it is generally expensive to print them. It is worth pointing out that Ghana spends less in printing than other countries do and it is because we print less notes than they do,’’ he told Samuel Kojo Brace on the JBS.

The central bank’s 2018 annual report indicated that the total cost of printing was around GH¢146.7 million, agency fees summed up to GH¢2 million and over GH¢4 million spent on other unclassified expenses.