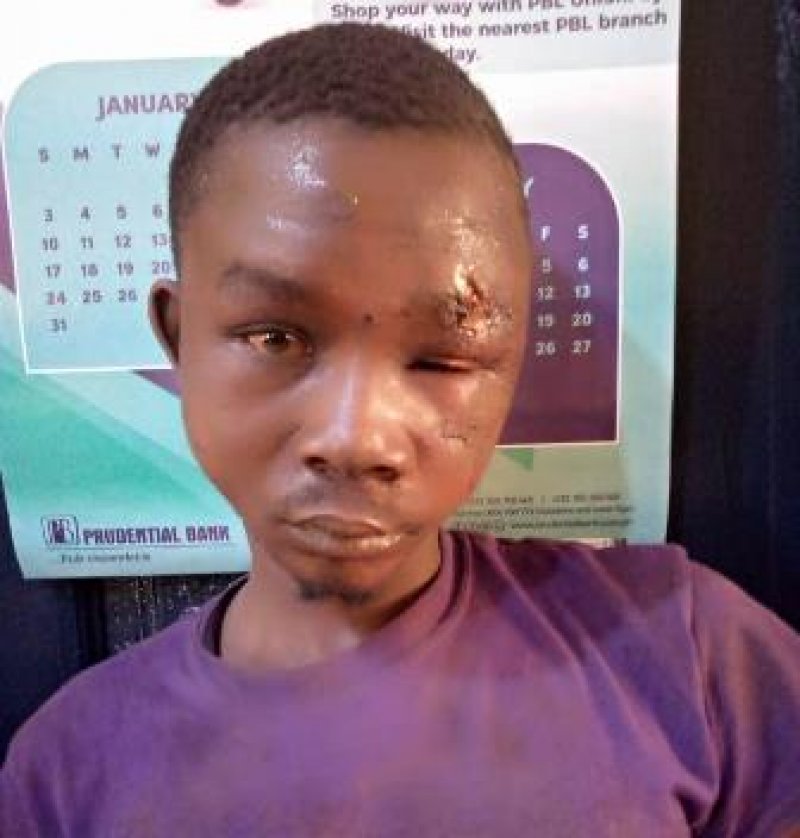 The swift intervention of the Police saved a 25-year-old motorbike robbery suspect from being lynched by a mob.

Luck eluded Edem Morkli, when he was accosted by bystanders and beaten whilst his two accomplices managed to escape, Deputy Superintendent of Police (DSP) Effia Tenge, Head of Public Affairs Unit, Accra Regional Police Command, told the Ghana News Agency.
She said on Tuesday, February 23, 2021, at about 1840 hours, police received a distress call on a mob attack on Morkly at Shiashie around GS Plaza Hotel.
“The suspect, together with two others, currently at large, attacked a 27-year-old motor rider and inflicted a deep cut on his left arm, which made him bleed profusely,” DSP Tenge explained. 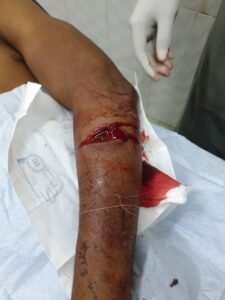 She said “they attacked the victim with a cutlass trying to snatch his motorbike from him and with the help of passersby, he was rescued.”
DSP Tenge said a police medical report form was issued and the victim was rushed to the Police Hospital for treatment, where he is on admission.
Meanwhile, the suspect was cautioned and detained, she added.
DSP Tenge said attacks on motor riders were becoming rampant in Accra with riders being harmed or even killed at the least resistance.
She has therefore advised riders to exercise caution when riding their bikes or soliciting for pillions at a fee.
SOURCE: GNA
Armed RobberyGhana Police