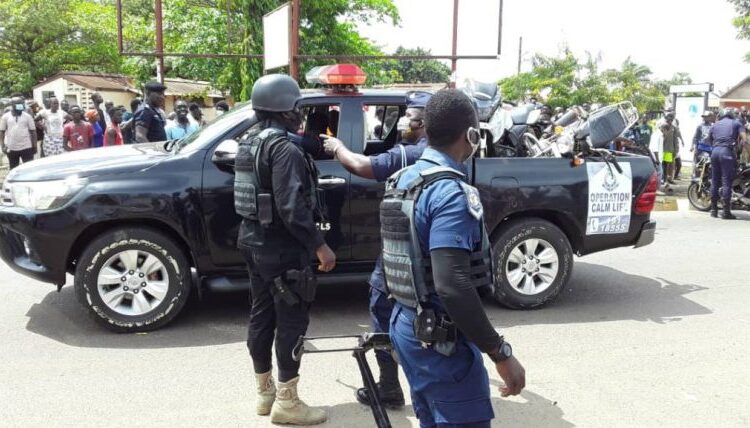 Police on a manhunt for four Robbery Suspects

The Ghana Police Service is on a manhunt for four robbery suspects who shot and killed one Felix Tetteh Batcha, a car dealer at Tema Community Nine last Monday.

A statement issued by the Tema Region Public Affairs Unit of the Police Service said preliminary investigations revealed that at about 2pm on Monday, April 25, 2022, the deceased received a call from a man who introduced himself as a Doctor at the Community 22 Polyclinic and expressed interest in buying one of the cars he was selling.

It said when Felix arrived at the Polyclinic with the car, the supposed Doctor claimed he was busy in the surgical theater and sent one of his boys to go on a test drive with the deceased who was accompanied by a friend.

However, when they got to a spot around the Bampo Hotel, the test driver stopped the car and got down under the pretext of making a call.

The police said, some few minutes later three men emerged on a motorbike and attempted to take the ignition key forcibly from the deceased and shot him in the ensuing struggle.

The vehicle has since been recovered and the police anti-robbery team is working to ensure that the perpetrators are arrested.

The statement said, the Inspector General of Police, Dr George Akuffo Dampare in a telephone conversation with the family of the deceased assured them of a thorough investigation into the incident and also provide clinical psychologist to offer psycho-social support to them.

The Tema Regional Police Commander has also visited the family to commiserate with them.