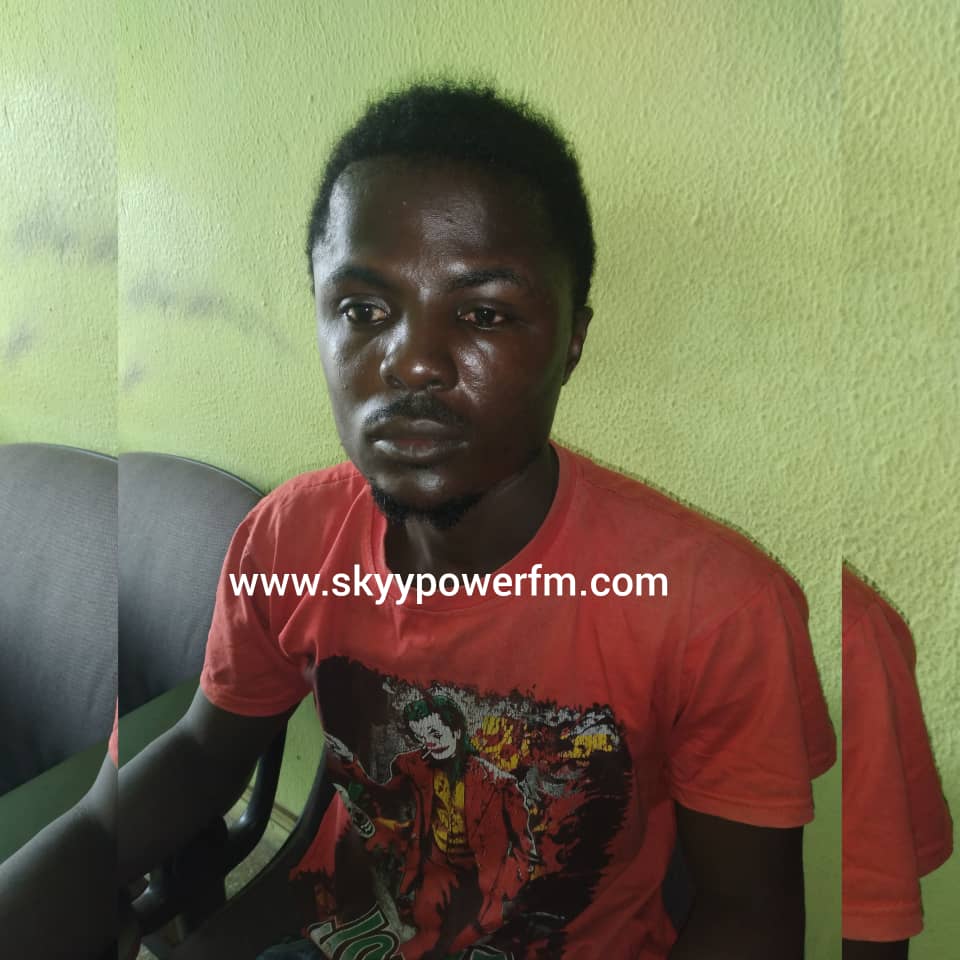 A police man has assaulted a ‘trotro’ driver last night, March 9, 2021, at the Inchaban barrier in the Western Region over refusal to pay bribe. 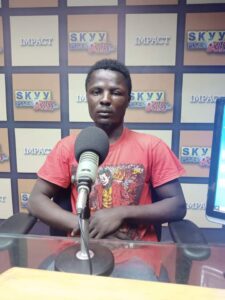 The trotro driver coming from Accra to Takoradi was stopped by the police at the Inchaban barrier for the normal routine check but later got himself assaulted by a police officer.

The driver, Frank Essien, 30, speaking on Skyy Power FM’s Jolly Breakfast Show claimed, he was coming from Accra to Takoradi when he was stopped at the police barrier. During the routine check, he offered GHS 2 to the police officers as a form of bribe to let him go even though he is not at fault and has all his particulars in place, but they rather demanded for GHS5.

In the course of the process, they asked for his drivers license and he presented a chit which was offered to him in place of his license because it has been seized by the police.

He said, ” I was coming from Accra to Takoradi with some goods that belonged to a wife of a police officer when I was stopped at the Inchaban barrier. During the process, all my particulars were intact but I decided to offer them GHS 2 so I can move on quick without the delays. The police officer, a female who was checking me then requested for GHS 5 as GHS 2 was not enough. I told them I don’t have GHS 5 for them and so they requested for my license. I gave them a chit which was given me by the police in place of them taking my license. The police officer got furious and folded up the chit into her pocket.
A police male officer came from behind and started to threaten me because of refusing to give them the GHS 5 and carried me away to their structure beside the road and started beating me for no reason”.

He also revealed that, “I had to call the police officer whom I was sent by his wife to talk to the police officers to let me go but then I was seriously brutalised with a swollen left face. I went home and met a friend of mine who accompanied me to the Sekondi Police station to lodge a complaint. The police Officer was called and he accepted his mistakes and later gave me GHS 100 to go to the hospital for treatment”.

After the police officer unlawfully putting hands on the victim and giving him only GHS 100 for treatment. He came straight to Skyy Power FM’s Jolly Breakfast Show to make the complaint and expressed his bitterness on the police brutality and how GHS 100 will not be enough for his medical bills and all procedures for him to get back to normal. He deserves more than GHS 100 and the police officer needs to foot all his bills till he gets better.

Police brutality in Ghana has not been talked about enough as many citizens keep expressing their grievances on how the police have mishandled them and unlawfully
extorted money from them for no reason at all.