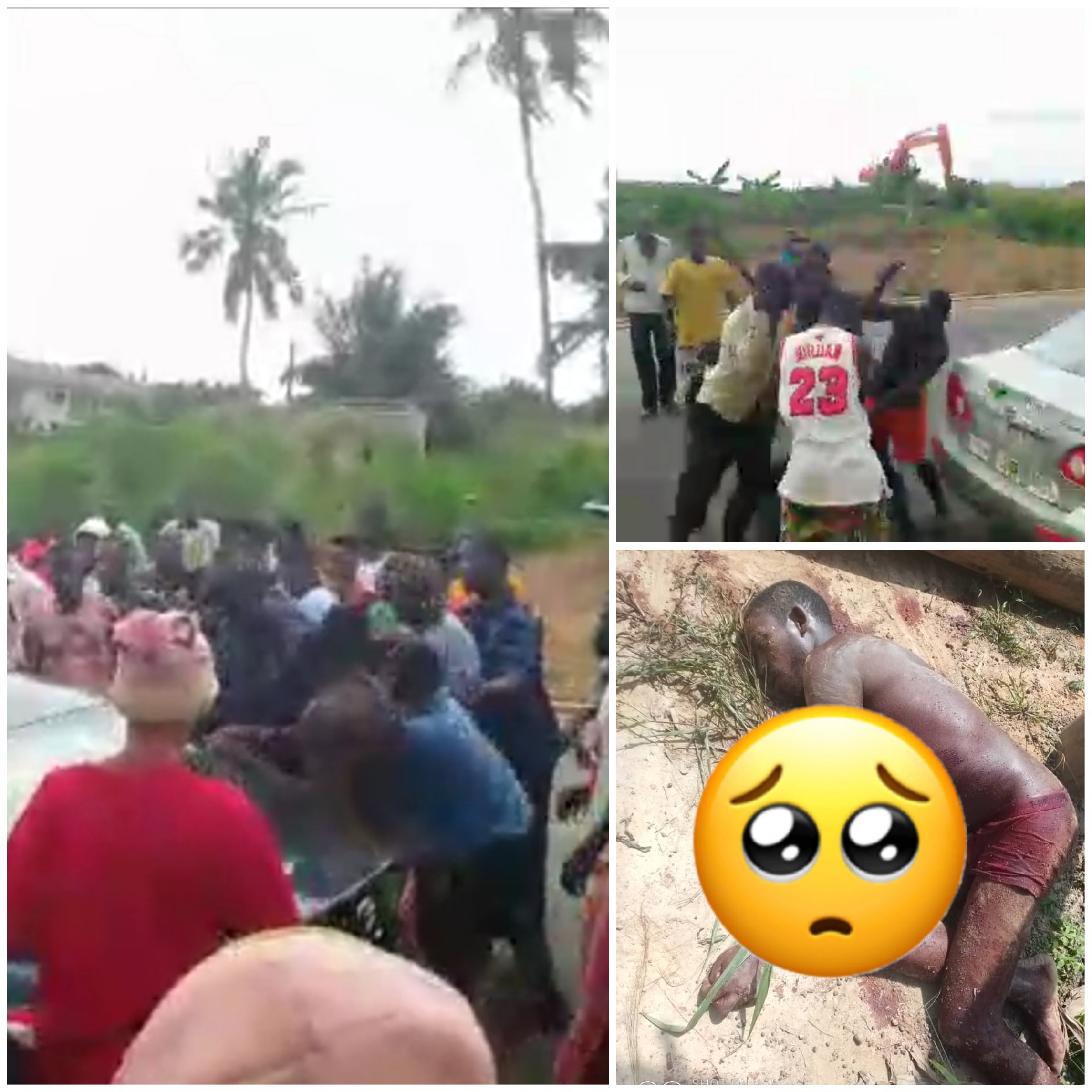 The Ghana Police Service is on a hunt for the prime suspect in the butchered farmer from Kasanworodo. The suspect [whose name is yet to be identified], according to the Assemblymember for the area, Isaac Hagan, is currently on the run after news broke his victim has passed away.

According to Mr. Hagan, the suspect and the victim (Kweku Daade) have had some misunderstanding over the past week over a puppy. The suspect is said to have laid a claim of ownership to a dog that the victim had in his possession.

Mr. Hagan suspects this might have escalated into a bloody fight between the two, “as we often hear them threatening to cause harm at each other over the dog.”

He told Samuel Kojo Brace in an interview that the two young men who were nearly lynched by residents are not the assailants. He claimed innocence for them, stressing that, “they were not even apprehensive when the mob stormed their premise.”

“They could have taken the lives of those gentlemen should the police had hesitated,” he added.

Asked how they got to know about the prime suspect, Mr. Hagan stated that the victim in his struggle, rushed to the house of his assailant, “perhaps to tell of the assault and seek refuge.”

“Interestingly that is where he died. He had lost a lot of blood due to the deep cut in his left arm from the cutlass the assailant used,” he added.

He continued that a search at the house of the prime suspect got them [himself and other residents] and the police to find a club and machete which they suspected the assailant used on the victim. A palm fruit was also stained with blood, Mr. Hagan noted.

He concluded that the suspect hours after the incident “called on his master to report that he has assaulted another man[the victim].”

The two suspects who were picked up by the police yesterday are receiving treatment. It is however not clear if they will be exonerated of any charges or allegations.

The Ghana Police Service is yet to make any statement about the issue.