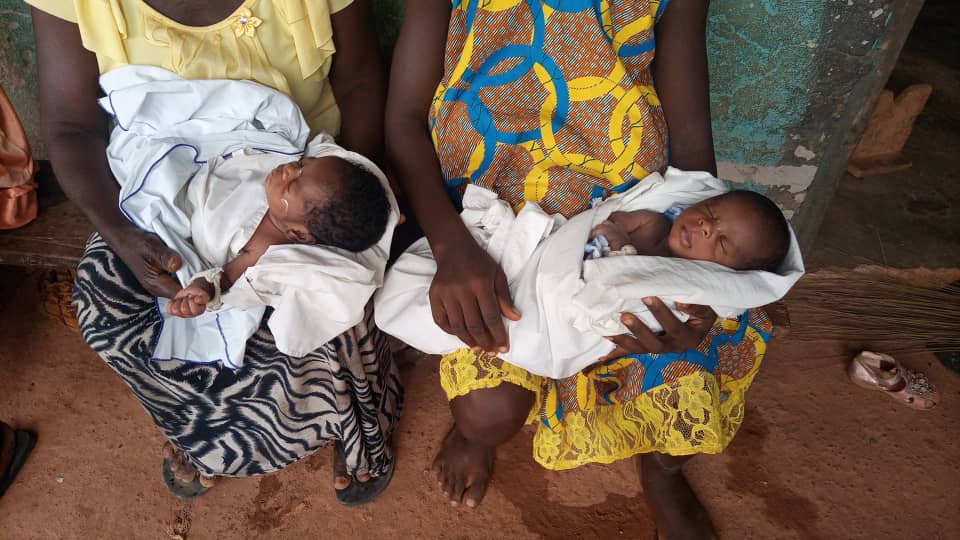 Wiawso Police Command have laid an ambush to arrest four for stealing twins at Sefwi Punikrom in Wiawso municipality. 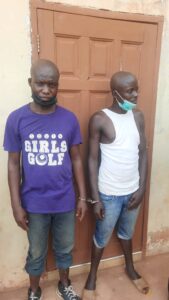 The Sefwi Wiawso Police Command, led by DSP Christopher Darkey, have arrested four people, a female and 3 males for stealing twin babies at Sefwi Punikrom in Wiawso municipality of the Western north region. DSP Christopher Darkey speaking to Adom News’ Augustine Boah said, they laid an ambush after a tip off that some suspected child thieves have planned to steal one Abena Owusua’s twin babies at Sefwi Punikrom. After the arrest, the three suspected males confirmed they were hired by the lady among them to steal the children for her. 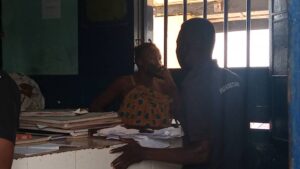 The suspects are Paulina Owusu 26, the main suspect, Stephen Owusu 32, Sampson Addai 33, and Haruna Yusif, 36. According to the police they suspects were five but they managed to arrest four of them. The are currently in the police custody.

The victim, Abena Owusua who the incident happened at her blind side explained to Adom News how she got to know the situation.

Meanwhile, the police has also explained that this is the second the main suspect, Paulina Owusu has been found in the same case of stealing children.