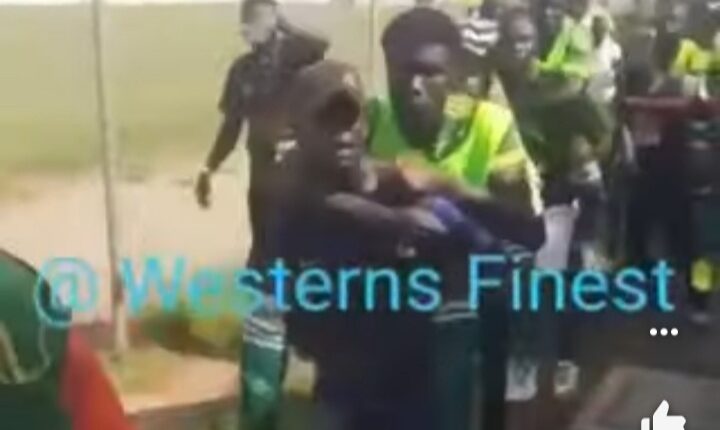 Players of VRA Youngsters, a Division Two club based in the Shama District of the Western Region were carried to the field by supporters claiming they were avoiding Juju against Sekondi Eleven Wise FC.

According to information gathered from sources, they claimed the team was advised not to allow the players walk onto the pitch by themselves after a spiritual consultation due to some rituals that have been performed by their opponent.

In that matter, if the players walk on to the field by themselves, several of their players will get injured and also lose the match in the process.

After all of these scenes they still lost 3-0 to Sekondi Eleven Wise FC after the full time whistle.