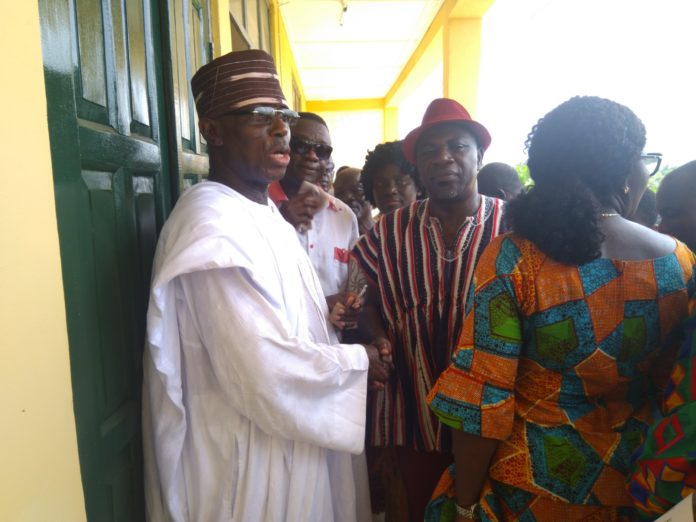 A 12 unit classroom complex worth GHC982,000 has been handed over to the Wassa East District Assembly for the Daboase Senior Technical School. The gesture, was made by Plantation SOCFINAF, as demonstration of their corporate social responsibility to their beneficiary communities. This investment is expected to bring some relief to the senior high school, as they have been battling with poor infrastructure for years.

Managing Director for Plantation SOCFINAF Ghana Limited, Mr. George Quarteng-Mensah at the commissioning of the facility, noted with relief that, the investment would bring about some improvement in not just the infrastructure base of the school but enhance academic work for pupils and tutors.

He recalled that the company [then SOCFINAF SA, Luxembourg], upon the acquisition of the properties of Subri Industrial Plantation Limited (SIPL) through a divestiture in 2010, promised government to make a significant social investment in the beneficiary communities, if granted the deal.

“We decided that, if we are to come to operate in the Wassa East District, then we should make contributions to the social infrastructural development of the district” he noted.

Mr. George Quarteng-Mensah disclosed that an annual allocation of USD25,000 was made in fulfillment of their corporate social investment projects in their host communities. He added that the company intends to accrue this fund for a period of ten years, beginning 2013, when they started operation. 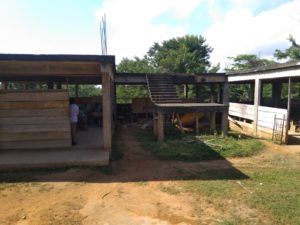 However, learning of the various needs of the communities, a call was made on the local assembly and Nananom to identify a critical need that could be addressed urgently. Mr Quarteg-Mensah mentioned that the company settled on investing in the educational needs of the Daboase Senior High School, in consultation with all key stakeholders.

“As a company we could not take upon ourselves, to say we will provide all these things for the Daboase community, or for the district. So we decided to single-out something that when we provide will make an impact on the district. And so we decided that we will assist the Daboase Senior High School, if given the chance to acquire SIPL, with USD25,000 every year, for a continues period of ten years.

“I am very happy and pride myself on behalf of the Shareholders and directors of SOCIFINAF SA, that we have kept the faith with the government of Ghana and t the people of Wassa East District. We have kept the faith because whatever we put in the proposal that we will do, we have discharged them creditably, notwithstanding challenges and difficulties that we faced on the way” he exuberantly noted.

District Chief Executive for the area, Wilson Arthur mentioned that the assembly has provided for the electrification of the school complex. A solar PV system has been install to light up the complex, which ultimately would also amount to some savings for administrators of the school in terms of electricity bills.

That notwithstanding, the district assembly has been forwarded a proposal to the Electricity Company of Ghana, to extend power to the complex. This, the District Chief Executive assured would be actualized soon.

The Head of School, Daboase Senior High, Joseph Amoasi was filled with praise for their benefactors. He mentioned that plans to relocate a section of the students will be activated soon.

Where is the energy Charles Bissue brought to the galamsay fight – residents ask, as turbidity levels of water bodies get worse?

Harvard’s longest study of adult life reveals how you can be...

BlackIvy to complete Phase I of WestPark Industrial development project by...

6 Keys To Successfully Starting Your Own Business

Male Birth Control That’s Injected Into Groin Could Be Available In...

Even a single fall could be fatal for the elderly

Corruption Fight: Your appointees will let you down, deal with them-...