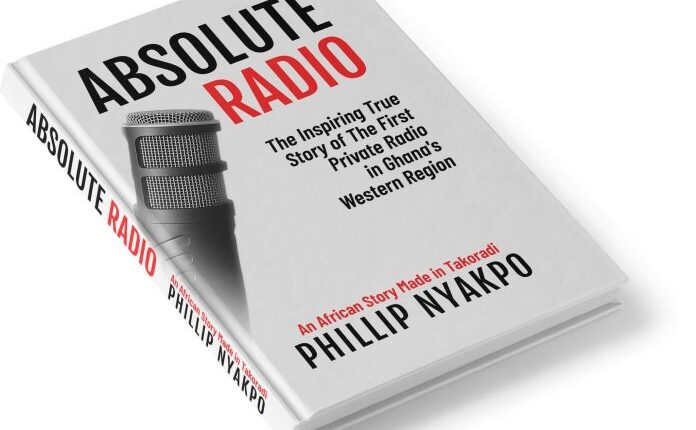 Philip Nyakpo, a veteran journalist with 25 years of media expertise, has written a comprehensive study about Ghana’s private broadcasting medium.

The genuine tale of how a radio station (Skyy Power 93.5FM) established in Ghana’s Western Region changed lives is told in the book “Absolute Radio.”

It combines the stories of men and women who took advantage of the chances they discovered within the radio station to accelerate their own growth and development and become successful people in various regions of the globe.

In order to give readers comprehensive knowledge and education about the Ghanaian media environment while contrasting it with the foreign, “Absolute Radio” narrates the tale of fusing the entrepreneurial, cultural, and traditional parts of the media.

It sells on major online outlets including Amazon books and Google books.

Others include Barnes and Noble, Thalia BookNook Bookstore, Rukuten Kobo and Indigo.

Phillip Nyakpo fell in love with broadcast journalism in 1996, in the newsroom of Channel 7 in Sydney, Australia.

After writing for the Ghanaian Chronicle, and later the Radio and TV Magazine in Accra, Phillip became one of the first employees of Skyy Power FM, the first private and commercial radio in Sekondi-Takoradi, the capital of Ghana’s Western Region.

For nearly ten years in Sekondi-Takoradi, Phillip was editor, reporter, news anchor and the top host for news and current affairs, until 2005, when he left for a stint with the BBC in London, England.

Phillip Nyakpo now lives in Perth, Western Australia with his family, a place he has called home for more than 15 years.