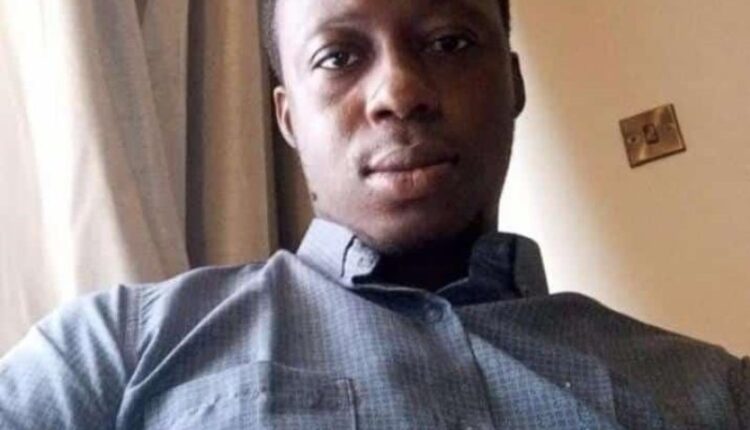 A 25-year-old Pharmacist, Felix Abagi, who works with the Pharmacy Department of the Abura-Dunkwa Government Hospital, has been found dead in his room at Abura-Dunkwa in the Abura-Asebu-Kwamankese District of the Central Region.

A police source confirmed the tragedy and explained that the victim was found dead in the early hours of Sunday, October 10, 2021.

Mr Abagi’s co-tenants discovered his body after they woke up to a pungent smell emanating from his room and broke into it only to find his decomposing body dangling on a rope tied to his ceiling fan.

According to co-tenants, the deceased was last seen on October 7.

The body has since been deposited at the Cape Coast Teaching hospital mortuary for autopsy.