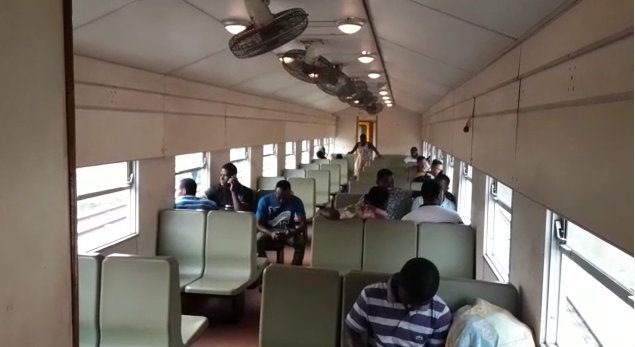 After thirteen years of break in passenger train services from Takoradi To Tarkwa in the Western region, commuters to Tarkwa now have an alternative to the seemingly monopolized road transport with the resumption of passenger train services on the Takoradi-Tarkwa stretch again. The resumption was marked with a free ride to Tarkwa from Takoradi this morning.

Today’s free ride is part of a three-day exercise the Ghana Railway Company Limited is using to drive interest in the passenger services after it announced the completion of rehabilitation works on the western line. The company has also intimated that the western line is still being developed and will occasionally stop operations to enable the contractor conduct some civil works on the line. 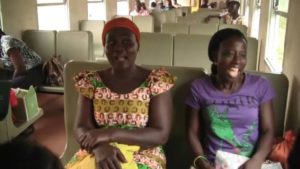 The train which left the main Takoradi station at around 6:20am is expected to depart from Tarkwa back to Takoradi at 3:00pm same day. Our reporter, Nana Yaw Kumi who is onboard the train tells us the train was adequately patronized. According to him most of the passengers on board could not hide their joy, as most of them were boarding passenger train for the first time in their lives.

“I’m a student in Tarkwa and when I heard the train will be leaving to Tarkwa, I came here early to witness it, since it’s my first time, and I’m really enjoying the train, I will always prefer train because it is safer and faster,” a student indicated. 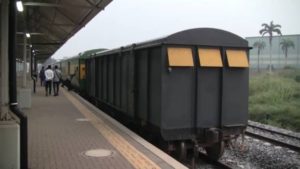 “I remember in 1996, when I was a student at St John’s School, I was coming from Tarkwa and so I would wake up and join the train and in an hours’ time, I will be in Takoradi and will go to school. Those times were really interesting times since we had options to either pick a car or a train; and today after many years, this is back again and I’m happy,” another passenger told Nana Yaw Kumi.

Over eighty passengers patronized the services of the train this morning.

Others on board the train were, Journalists, representatives from the Ministry of Railways Development, Ghana Railway Company Limited, Ghana Railway Workers Union as well as some technical team and administrative staff of GRCL.