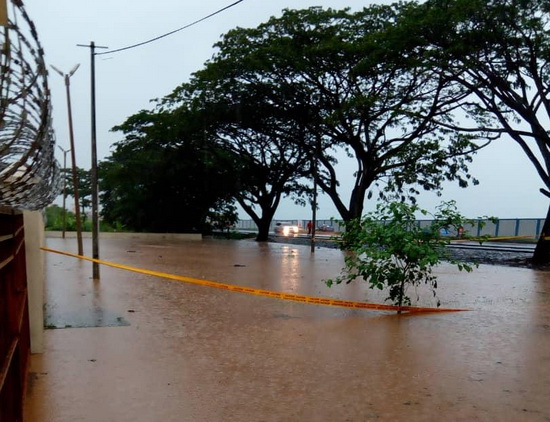 Some parts of the Sekondi-Takoradi Metropolis were seriously affected by Tuesday morning’s one hour downpour.

Places including Airport Ridge, Amanful, Kwesimintsim, Apollo and parts of Sekondi were seriously flooded as residents had their properties destroyed as well.

Speaking to Mr James Obeng Junior who is the Sekondi-Takoradi Metropolitan Assembly (STMA), Director for National Disaster Management Association (NADMO) revealed that there was an overflow of water in the drains in areas like Airport Ridge who were seriously affected by the rains.

He noted that the initiative taken by the Effia Kwesimintsim Municipality (EKMA) to build storm drains across the Municipality is a good initiative but the flood will be frequent at Airport Ridge whenever it rains since their storm drain is yet to be completed.

He emphasized that no life was lost in the flood but properties were destroyed and the residents are disturbed about the sudden flood caused by the rains. He advised that people who build their houses closer to drains to seek confirmation from the Assembly before putting up their houses to prevent such future occurrences.

He went further to say that from his technical perspective, all houses closer to the storm drain need to be demolished looking at how the houses are of the same level as the drain.